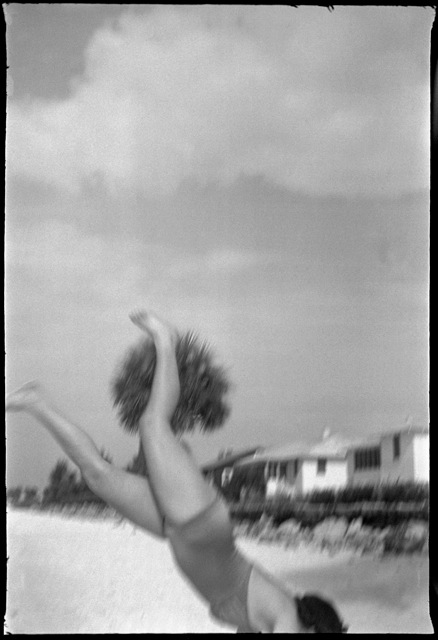 A few days ago, as my attorney and I approached the courthouse, 10 minutes before my divorce trial was scheduled to begin, he reached out to open the door for me. I paused, and said, very quietly, “At this moment I trust four people in the world. My mom, my dad, my kid. And you.” He nodded, opened the door, and we went in.

Since then, I’ve added one more person to that list. Let me explain.

Last week I was fortunate enough to have breakfast with my friend Jamie, the proprietor of this blog, and his wife, Susan. We hadn’t seen each other for a while — we’re no longer neighbors, and our crazy-busy lives keep us from communicating as much as we once did — so we had a lot of catching up to do. Since Jamie and his wife are both attorneys, and because they are dear friends who care a lot about me, they were curious to hear how things are going in my divorce proceedings.

I went into some detail about recent events: long story short, a month ago I had to hire a new attorney when my divorce case unexpectedly went into trial stage. Jamie and Susan were all ears as I described the emotions involved in forming an attorney-client relationship quickly, when the stakes are suddenly so very high. “So are you pleased with your lawyer? Is this guy doing what you need him to do?” Jamie asked. I responded, “Yes. Absolutely. I like him a lot.” A few days later, when we emailed each other to say how much we’d enjoyed our get-together, Jamie asked me to write a guest post for his blog, on the subject of “dealing with a lawyer for your divorce. What has your lawyer done that’s made you like him so much?”

I’ve put a lot of thought into this subject, an all-consuming one for me these days. As I mentioned, we had a first trial date a few days ago, and it went very well. My attorney kicked ass, in his understated, confident way. Unfortunately there’s one outstanding matter, so the judge set a second trial date, a few weeks from now. As I’ve thought carefully about Jamie’s question, I’ve come to realize that it’s not so much that I like my attorney as I trust him. Well, yeah, I do like him. He’s a hell of a guy, kind and funny and caring. He’s also brilliant, with a broad and deep back catalogue of legal experience. But it’s the trust factor that’s key to this relationship. I have placed my confidence in him. Trust is a big deal for me, as someone who’s caught up in a divorce case that was birthed by infidelity.

Trust, its breakdown, and its messy aftermath have had an enormous affect on my recent life. In a nutshell: on a Sunday morning three years ago my marriage blew up spectacularly when my husband of 20 years announced that he no longer loved me and had been making plans to move out of our family home. I was gobsmacked, though not profoundly enough to ignore a wise friend’s advice that I investigate further. My friend felt sure that my husband had lied to me when he said no to my question “Is there someone else?” It took me less than 24 hours to uncover the truth. Was there another woman? Was there ever.

I confronted him with the evidence, he finally admitted it, I told him to get out, and he moved into the house that he and his girlfriend had already leased. When our teenage daughter learned that her dad was moving in with the woman he’d been cheating with for nearly a year, she told him, in the calmest, coldest, most terrifying tone I’ve ever heard anyone use, that she would no longer speak to him — and stuck to her promise for well over a year. And I nearly lost my mind trying to figure out what had happened, let alone what I was going to do.

For a long time I blamed him, of course, and was immersed in the rabbit hole of vitriol. A couple of years went by before I realized that what I really had to face was the fact that I no longer trusted myself. Again and again I looked back at our 20-plus years together and, with a clarity that frightened me at first, had a new, stark view of many occasions when I chose to ignore the flapping red flags that signaled, “This is a troubled relationship. Do something now, or find a way to end it gracefully.” I simply couldn’t understand how I’d stayed with, supported, stood by a person who had stopped caring about me and about our relationship. The concept of self-trust, and rebuilding it, became THE major theme in my life. The first step was to accept that I had made some huge mistakes in not admitting that there was trouble. The second was to forgive myself for that. And the third was to find a way to prove it by trusting myself again.

As is the case with true epiphanies, the timing of this realization was perfect: the opportunity to follow through on step 3 presented itself. I didn’t recognize it for what it was at first, though. Remember — I told Jamie I “like” my lawyer. Jamie’s question back to me was spot-on. As an attorney, what has the guy done that makes me “like” him?

He listens carefully to my tales of woe, without going too far down the empathy road. He asks me to talk about potentially painful subjects because he needs to gather information, not because he needs a reason to feel sorry for me — which, by the way, gets you nowhere in a divorce case. He pushes me to examine my words carefully. When I’m not clear, he calls me on it. Sometimes he has to circle around, to let me think about it, but he always comes back to get the answer. When necessary, he’s not afraid to find ways to lighten the mood (and, thank goodness, makes me take myself less seriously) with an off-color joke. Along the way he’s built my confidence, and thoroughly prepared us to go to trial. And because he’s so good at what he does — and because I trust him enough to give him what he needs — he’s gotten me what should be mine. Well, almost all of it; as I said, we’re still working on it (and I feel good about our chances). All of these things are what a good attorney should do. But it’s only worked because I allowed myself to trust him. And I couldn’t have done that if I hadn’t been ready, finally, to begin trusting myself again.

It’s been a tough road, getting to this point. But as is the case with the biggest stumbling blocks in life, once you see them and call them what they are, suddenly it’s a lot easier to recognize when you’re getting in your own way. Thanks to my awesome attorney. And thank you, Jamie, for encouraging me to think carefully about why and how I have come to add myself to the list of people I trust.

Kelly Spencer lives in New York’s lovely Hudson River Valley, where she bakes and sells the best brownies you’ve ever had (and they’re gluten-free!). Visit her company website: SweetGirlBrownies.com.

← Lee v. United States: Mistaken Jury Instructions on the “Defense of Others”
No Excuses. Accountability. →

One Comment on “Trust Begins at Home: A Client’s Tale”