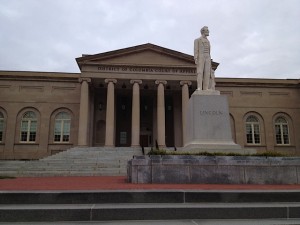 That a controlled substance can be possessed constructively as well as actually is a court-made decision. As Judge Ruiz put it in her concurring opinion to Rivas v. United States, 783 A.2d 125 (D.C. 2005), the “doctrine of constructive possession is a judicially developed theory of liability designed to be a ‘proxy’ for actual possession.”

The D.C. Court of Appeals clarified the third requirement of constructive possession – the element requiring “intent to exercise dominion and control” — in an opinion it issued last week, Jackson v. United States, __ A.3d __ (D.C. 2013). Specifically, citing Rivas, the Court held that “there must be something more in the totality of the circumstances that – together with proximity and knowledge – establishes that the accused meant to exercise dominion or control over the narcotics.”  This “something more” could be “some action, some word, or some conduct that links the individual to the narcotics and indicates that he had some stake in them, some power over them.”  The Court also confirmed the holding in Rivas that there is no “special exception” for contraband in cars.

The defendant in this case was observed sitting in the back seat of another man’s car next to a closed cooler containing marijuana.  There was no evidence indicating “how long the defendant had been in the car, how he had come to be there, or what he was doing” there. The defendant never made any movements toward the cooler, nor gave any indication he knew what was inside:  “Even if he smelled the drugs once seated, he may nonetheless have decided to stay without endorsing, or indicating a desire to participate in, illegal activity.” As Judge Ruiz put it in Rivas:  “The purpose of the intent requirement is to protect against the possibility that bystanders may be unwittingly caught up criminally for mere innocent presence at the scene of illegal activity.”

The case was thus remanded for entry of a judgment of acquittal.