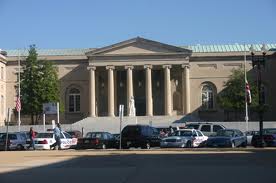 One of the things that surprised me when I first began to practice criminal law was the notion that you could be acquitted of a particular offense at trial and then have that very same criminal charge – the one on which you were just found not guilty – serve as the basis for being found in violation of probation or parole.  In fact, I had barely heard of what is referred to as a “Daisy Kates” hearing in Philadelphia when I was first faced with litigating one myself.  For the defendant, the exhilaration of a win at trial is immediately replaced by the dread of going through the whole thing again, this time with a lower standard of proof for the government.

The concept of a “Daisy Kates” hearing does in fact make logical sense when you think it through.  Although the standard of proof at a criminal trial is beyond a reasonable doubt, the government must only prove a probation violation by a preponderance of the evidence – in other words, more likely than not.  Just because the government wasn’t able to make out the much more exacting standard of beyond a reasonable doubt at trial doesn’t mean that you didn’t commit the crime.  There is, after all, a reason that the verdict comes back as “not guilty” as opposed to “innocent.”

At the same time, it might strike some as unfair that the government, taking advantage of what amounts to two bites at the same apple, can achieve through the violation hearing what it couldn’t accomplish at trial; namely, the incarceration of the individual.  After all, it doesn’t matter to a person sitting in prison whether he is sitting there on a new charge or as the result of a probation/parole violation.

Complicate this a tad further and you end up with the situation the D.C. Court of Appeals dealt with in an opinion it issued last week, Morgan v. United States: What happens if the evidence introduced by the government at the probation hearing is different than the evidence it presented at trial?  In this case, the defendant is dealing not with different standards of proof as applied to the same evidence but with different evidence altogether.

The notion of double jeopardy would not protect you here; it applies only to criminal trials.  But how about collateral estoppel?  Shouldn’t the notion of fundamental fairness preclude the government from essentially improving its case the second go-round?

This is in fact the rationale behind what has always been one of my favorite cases, the U.S. Supreme Court holding in Ashe v. Swenson.  Combining the notion of collateral estoppel with the protection against double jeopardy, Ashe stands for the proposition that the government is not allowed to improve its case through multiple prosecutions arising from the same set of facts. Although Ashe involved multiple trials as opposed to the trial and show cause hearing in Morgan, the same principles of due process would apply here.

Although the Court came out against the defendant in Morgan, you can’t read too much into the decision. The Court agreed with the defendant that the government cannot present inconsistent theories and facts regarding the same crime without violating the defendant’s rights to due process.  Where it differed with him was on the degree of inconsistency required in order to trigger such a violation.

James Morgan was convicted of unarmed manslaughter in 2000 and sentenced to six to eighteen years in prison.  The defendant was arrested again while out on probation in 2007 and charged with possession of marijuana with the intent to distribute (PWID).  Although acquitted of this charge, the defendant’s “back judge” – the Honorable Ann O’Regan Leary – ordered a “show cause” hearing for the defendant to demonstrate why his probation should not be revoked on the basis of the new charge. After a hearing in which the government again presented its case, the Judge found that there was cause to revoke the defendant’s probation, and sentenced him to his original term of incarceration for the manslaughter conviction with credit for time served.

The defendant argued on appeal that “inconsistencies” between the government’s cases at trial and at the probation violation hearing violated his constitutional right to due process. Specifically, he noted that while the government’s witness had testified at the trial that the marijuana had been in a closed container, the same witness claimed at the hearing that the marijuana had been in plain view.

Judge Leary acknowledged that the government’s evidence at trial did in fact differ from the evidence it introduced at the hearing.  But she concluded that, because these inconsistencies were minor, they did not change her “conclusions of law”:  “whether the [marijuana] was found inside the lidded console or in the well area open and visible to anyone in the driver’s seat, doesn’t change or control the Court’s conclusions of law as to whether or not [the defendant] possessed the drugs.”