Unauthorized Use of a Motor Vehicle: Applying the Notion of a “Grace Period” 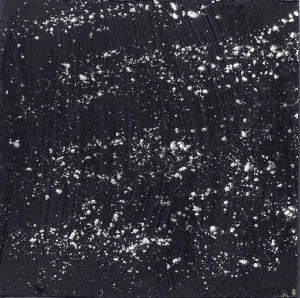 The judge doesn’t like my idea of a “grace period.”  In fact, he chuckles when I propose it:  “I have never seen any case law on that,” he says.

I was not trying to be funny.

My client has been charged with both unlawful entry and unauthorized use of a stolen car in which he was a passenger. Unlawful entry requires you to know the car is stolen before you get into the car. At least that is what I argue to the judge:  “It is like burglary. You need to have the criminal intent at the time of entry. And it ridiculous to think that anyone is going to check out license plates, registration, title, and ignition before accepting a ride from a friend.”

But how about if the defendant realizes the car is stolen once he gets into the car?  Case law under the unauthorized use statute is clear that you don’t need to be driving the car to benefit from its use.  The question becomes:  When did the defendant realize the car was stolen? And, once he comes to that realization, how soon and how forcefully must he try to get out of the car before criminal liability attaches?

This is where my proposal for a grace period comes in, and when the judge doesn’t like that argument, I try the doctrine of “renunciation,” which Black’s Law Dictionary defines as the “complete and voluntary abandonment of criminal purpose – sometimes coupled with an attempt to thwart the activity’s – before a crime is committed.”

Under most offenses, criminal liability attaches at the moment certain conditions are satisfied. You have committed the crime of robbery, for example, the moment you use any degree of force, however slight, in taking something of value from the person of another human being without that person’s consent and with the intent of depriving that person of the benefit of that property. Having second thoughts and attempting to return the property might help to mitigate the severity of the offense at sentencing. But it is too late to help you avoid a conviction.

Unauthorized use of a motor vehicle, however, raises a separate issue. How about if the defendant doesn’t realize the car is stolen until he is already sitting in the front passenger seat?  For example, he may not see the popped ignition lying at the driver’s feet until he is already in the car and the car is moving. Does criminal liability attach immediately?  Or does he have some period of time – a “grace period” – in which to extricate himself from the situation?

The case law is clear that a passenger needn’t get out of a car that is traveling at high speed to elude the police. As the court held in Jones v. United States, U.S. App. D.C. 212 (1968), it “scarcely brooks denial that a passenger is not to be convicted . . . if he discovers only in the course of a 60 mile per hour chase that the vehicle is being operated without the owner’s permission.”  The driver’s taking off at first sight of police may in fact be the passenger’s first clue that the car is stolen.

But what about criminal liability short of the high-speed chase?  Is the passenger criminally liable at the very moment realization sinks in?  Or is he afforded an opportunity to separate himself from the car?  “I am sorry, sir,” the passenger says to the driver, “but I realize I have another engagement.  Could you let me out at that gas station on the corner?”  Or:  “I am a law-abiding citizen.  I hereby order you to drive immediately to the nearest police station where you will turn yourself in.”

As it is, the judge concludes my client knew the car was stolen even before he got into the car, thereby rendering moot all of my brilliant arguments. I am still grumbling about this when I return home that evening.  My wife is no consolation. Although she has never practiced criminal law, she is a true prosecutor at heart.  She never takes my side on anything.

5 Comments on “Unauthorized Use of a Motor Vehicle: Applying the Notion of a “Grace Period””