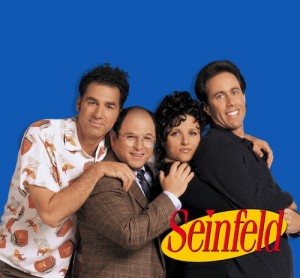 I have often said that you can explain everything in life through a Seinfeld episode. And while there is no single case that does for criminal law what Seinfeld does for life, Terry v. Ohio comes pretty darn close.

It is not that Terry is my favorite case. After all, it expanded the scope of constitutionally permitted searches.  But, perhaps more than any other single case, Terry covers – through both its own language and the incorporation of holdings from other U.S. Supreme Court cases – much of what you need to know about the Fourth Amendment.  And, as one of my professors at law school once pointed out, while the Fifth and Sixth Amendment rights to confrontation, to counsel, and to a jury, yada, yada, yada, may all be important, criminal procedure begins with search and seizure.

Terry is one of those cases that, despite its significance, you may not have actually read cover-to-cover since law school.  The case is so important that you think you already know what it says.  Even when you do look at the case, you are usually searching for a particular passage to cite; for example, that very famous language on “reasonable and articulable” facts that serve as the constitutional basis for a frisk.  Or the requirement that the police officer suspect that the subject is armed AND dangerous. Or, in what is my favorite passage in the case, the opinion’s rejection of the idea that a stop is not a seizure and a frisk is not a search for Fourth Amendment purposes:  “It must be recognized that whenever a police officer accosts an individual and restrains his freedom to walk away, he has ‘seized’ that person.  And it is nothing less than sheer torture of the English language to suggest that a careful exploration of the outer surfaces of a person’s clothing all over his or her body in an attempt to find weapons is not a ‘search.’”

Terry’s breadth is also derived from other, almost equally important U.S. Supreme Court opinions that are incorporated within its holding.  It cites, for example, Katz and Wong Sun, Weeks and Carroll, Mapp v. Ohio, Brinegar, and Warden v. Hayden – cases that we know from the shorthand, with each case worthy of a separate dissertation.

I have often said that you can derive as much satisfaction from reading a well-written legal opinion as from any piece of English literature. My father spent a lifetime poring over the words of John Milton, William Carlos Williams, and Emily Dickinson.  He once ferried his entire family to the Rijksmuseum in Amsterdam so that we could examine the light in the lion’s eye in Cornelis van Haarlem’s The Tree of Knowledge.  My father was convinced that Milton had been inspired by the painting while writing Paradise Lost. I can only imagine the pleasure my father would have derived from a beautifully written legal opinion – and Terry is pretty damn good — had he pursued a legal career instead.

And then, of course, speaking of great works of art, there is always Seinfeld.   I think of that episode in which George Costanza, unsure after a job interview whether or not he had actually been offered the position, decides to show up for work anyway.  He settles himself into an empty office and begins work on the “Pensky” file.  The boss – the man who interviewed him – strolls into George’s office a couple of days later and expresses surprise to see him there.  George is immediately stricken with fear that he had in fact misinterpreted the signs and is about to be thrown out as an imposter:  Surprised to see me here?  Yes, says the boss.  I thought you would have taken the corner office down the hall.

One Comment on “Terry v. Ohio as a Seinfeld Episode”