Why I Hate Guilty Pleas

Having a client accept a guilty plea is like getting all dressed up for the prom and then deciding to stay home. 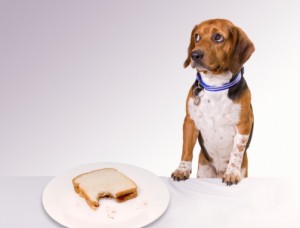 On Friday I stood with the prosecutor outside a Prince William County courtroom on a driving while intoxicated (DWI) case. I had my trial notebook in one hand bursting with photographs of the scene and breath test records from the Department of Forensic Science. In the other hand I had training manuals for the field sobriety tests and the Intoximeter EC/IR-II. Expert witness Dick McGarry from Roanoke was sitting in the courtroom ready to testify for us.

In the end my client accepted a plea offer.

Weeks of preparation and anticipation of a lengthy trial ended with a few awkward moments in front of the judge.  My client answered a couple of simple questions, the judge and I exchanged a few forms, and then my client and I were standing in line at the clerk’s office so that my client could pay some fines and sign up for a restricted driver’s license.

I have no question that taking the plea offer was the right thing to do in this case. At the same time, the guilty plea was still a tremendous let-down for both the client and me. With the adrenaline draining from my body, all I could feel was a tremendous sense of tiredness. As for my client, the relief of avoiding mandatory jail-time has to have been replaced by the realization that we will never know if we could have taken the case to trial and beaten it. It is that “what if” question that will plague him on the drive home using his now restricted driver’s license. He must also be wondering why he spent so much money on my fees and the expert’s fees when he could have hired someone off of Craigslist if all he needed was someone to plead him out.

Although guilty pleas are a big part of a criminal defense lawyer’s practice, they are not something we ever feel good about. As Virginia criminal defense lawyer Dickson Young has put it, “one hundred percent of people who plead guilty are found guilty.”  No matter how favorable the terms, the plea still results in a conviction.  From the lawyer’s perspective, the plea is also a tacit acknowledgement of limitations and fallibility. No matter how good or prepared you may think you are, you have still admitted that you didn’t think you could beat this particular case.

The best war stories are the ones in which we take a difficult case to trial and prevail. Who wants to talk about a case in which we have thrown in the towel?  In this sense, guilty pleas are like a dirty little secret that we would far prefer to sweep under the rug. You can look on a criminal defense lawyer’s website and not find a single mention of guilty pleas. Who wants to admit that there are some cases that are bigger than we are?

When I practiced in Philadelphia, there was one lawyer who seemingly did only guilty pleas. Despite what appeared to be his thriving criminal defense practice, not one of us in the public defender’s office – and we talked about these things — had ever seen him actually put a case on.

On the flip side, there is a nationally known criminal defense attorney who has said he will only take on clients committed to taking their cases to trial. In other words, unlike the Philadelphia lawyer who only does guilty pleas, this lawyer refuses to do any guilty pleas at all. This too is unethical. No matter how selective he is in picking his client and his cases, there will always be times in which a guilty plea is in the best interests of the client.

Most lawyers I know prepare for every case as if it is going to trial.  They then put their egos aside when the case doesn’t turn out as planned to do the right thing by the client.  The result often is a guilty plea.

4 Comments on “Why I Hate Guilty Pleas”