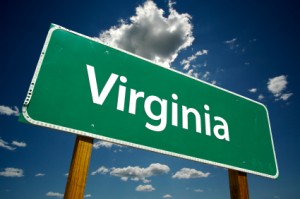 Here, for free, is my simple legal advice: Whatever you do, don’t get arrested in Virginia.

The Commonwealth is, as far as I can tell, one of the worst places to find yourself when facing criminal charges. The laws are tough, and judges, prosecutors and juries are typically unforgiving.  Offenses that would be considered akin to a traffic infraction in other jurisdictions result in criminal convictions.  Unlike in D.C. and other jurisdictions, it is virtually impossible to get a criminal conviction expunged from your record.  And while Virginia does allow for second chances for first-time offenders of minor offenses, the opportunities are far more limited than in other jurisdictions with which I am familiar.

A diversion program, generally, is any type of agreement between the prosecution and the defendant that allows the defendant to have the case dismissed without going to trial.  While I have often described diversion to clients as a “do over” (or, for golf lovers, “mulligan”), this characterization can be misleading:  Many diversion programs impose fairly substantial burdens on the defendant, including fines, restitution, community service, anger management, drug testing, job training, and/or education.

The best types of diversion programs for people charged with a minor offense can be, depending on the jurisdiction, a “stet docket” or “deferred prosecution agreement.”  There are no conditions attached to a stet docket, for example.  The government suspends prosecution for a period of time.  If the defendant can stay out of trouble during that period of time, the charges are simply dismissed. There can sometimes be conditions attached to a deferred prosecution agreement:  in addition to avoiding new arrests during this period, for example, the person might have to perform community service or undergo drug testing.

One type of non-trial diversion program in Virginia is called a Suspended Imposition of Sentence (SIS). Unlike a straight deferred prosecution, the defendant needs to plead guilty under an SIS.  The court simply delays entering the guilty plea into the record to give the defendant an opportunity to perform whatever conditions have been agreed to with the government. In the case of a public intoxication charge in Arlington, for example, the defendant is generally required to perform 24 hours of community service.

While an SIS has the same effect as a deferred prosecution should the defendant succeed in completing the required conditions (that is, a dismissal of the charges), people considering entering into such an agreement should note two important differences. First, although successful completion of the SIS does not result in a conviction on the person’s criminal record, the acknowledgement of guilt would be considered a conviction for immigration purposes. Second, the person should be aware that he is waiving his right to trial by entering into the agreement. If the person subsequently violates any condition of the agreement, the court can simply enter the guilty plea into the record, thereby resulting in a criminal conviction.

Unlike other jurisdictions, Virginia generally limits diversion programs to the most minor of offenses. For example, while certain types of assault can be eligible for diversion in D.C., diversion programs in Virginia typically apply to the offenses that other jurisdictions might treat as akin to traffic infractions: disorderly conduct, public drunkenness and profanity, littering, trespass, or urinating/defecating in public. In Pennsylvania, these charges would be considered “summary offenses” for which, even if found guilty, the person does not end up with a criminal conviction on his record.

It is also important to note that diversion programs are normally offered only to first-time offenders. A client once complained to me about the terms of a plea offered by the government.  “The last time I got arrested for this,” the client said, “I only had to perform community service. How come I can’t get that again this time?”  I had to inform him that, as with many other things in life, you only get so many chances.

← Notes on a Lost Trial
Why I Hate Guilty Pleas →