On The Terminology and Fiction of Juvenile Justice

As a public defender in Philadelphia, I did a brief stint in the Juvenile Division representing young people accused of committing a crime. People told me before I started the rotation that I would either love working with juveniles or hate it; there didn’t seem to be any in-between. I found myself in the “love-it” category. Although I would have preferred to have done a tad bit more lawyering and a tad less social work, I very much enjoyed interacting with and representing the children. 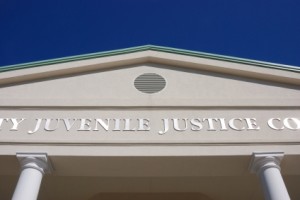 Having just been accepted onto the Criminal Justice Act (CJA) panel for Juveniles in D.C., with formal training to begin next month, I have begun reading up on the juvenile system in D.C.  Like Philadelphia, the District of Columbia maintains the fiction that we treat juveniles differently in our criminal justice system than adults. While we may treat adults who have been found guilty of a crime as criminals, so this fiction goes, a juvenile who commits the same offense is in need of our care and attention.

Like something out of George Orwell’s 1984, an important part of maintaining this fiction is the development of separate terms to deal with the same concepts.  A juvenile charged with an offense, for example, is not a defendant but a “respondent.”  The formal process begins with a “petition” as opposed to a criminal complaint or information, and the juvenile appears for the first time in court for an “initial hearing” as opposed to an arraignment.

First-time and lesser offenders may be eligible for a “consent decree” as opposed to a deferred prosecution agreement or other type of diversion program.  Whether the juvenile is ultimately found to be “involved,” as opposed to guilty, is determined by an “adjudicatory or fact-finding” hearing, not a trial. After a finding of involvement, the juvenile is “adjudicated,” not convicted, and the court then holds a hearing on “disposition” as opposed to sentencing.

Juveniles are not accorded many of the same constitutional rights as adults. The juvenile has no right, for example, to a trial by jury. The juvenile also has very little expectation of privacy. But the really scary thing about the system is the indeterminate nature of the “disposition” ordered by the court (a juvenile can be held until his/her 21st birthday) and the extraordinary discretion accorded to probation officers and other non-judicial officials in determining this period of time. More to come.

← On Snobbery, Bumper Stickers, and Political Signs
“If Your Hand Doesn’t Fit, You Must Quit” →

2 Comments on “On The Terminology and Fiction of Juvenile Justice”