On Rushed and Ill-Considered Guilty Pleas 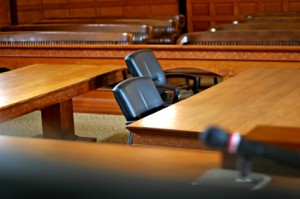 Last summer, my 19-year-old daughter decided that she wanted to come see me in court.  I had just given notice of my intention to resign from the Defender Association of Philadelphia effective at the end of the month, and she thought this might be the last opportunity to see me working as a public defender.

I was running the list in a misdemeanor trial room on the day she chose to come.  Counting violation of probation hearings, I had over 40 clients on my list.  I had not met a single one of them before that morning.   Two assistant district attorneys were handling the list for the prosecution.  They were assisted by a “victim coordinator” and three student interns who were also handling cases.

After the call of the list, during which we determined which cases would be ready to go that day and which cases would be either discharged or given a new court date, I litigated a motion to suppress on a DUI case.  That is, I did a pre-trial motion asking the court to rule that, because of a violation of my client’s constitutional rights during the stop and arrest, evidence from that illegal search and seizure could not be introduced against my client at trial.

Given the facts of the case, it was a lousy motion.  I knew it.  Everyone in the courtroom knew it.  And the judge made no effort to hide her irritation that I had chosen to litigate it.  She gave me no leeway during my cross-examination of the officer and denied the motion without hearing argument.  Afterward, as my client stumbled to his feet with disbelief, she looked directly at me.  “Mr. Koehler,” she said.  “You have been in front of me now many times.  I have always respected you.  And now you choose to waste all of our time with what was clearly a frivolous motion to suppress.”

Looking appropriately chastened, I thanked her for hearing the motion, and we moved on to the next case.  But I wasn’t sorry.  There is nobody that dislikes litigating a poor motion to suppress than the lawyer who is doing it.  It is no fun litigating a loser.  And no lawyer wants to develop the reputation as someone who can’t tell the difference between a viable motion and a losing one.

But sometimes you have no choice.  If you lose a misdemeanor trial in Philadelphia, you can get a brand new trial in the Court of Common Pleas.  But, if you haven’t litigated a motion to suppress at the lower court level, the motion is forever waived.  And – surprise, surprise — sometimes a client wants to fight a case whether or not you believe it is a triable one.  Sometimes, as with this case with the client facing mandatory jail-time for a third DUI conviction, the client has told you he wants to use every possible avenue available to fight the case.

I wasn’t able to see my daughter’s reaction to this particular exchange, but shortly thereafter I stepped out of the courtroom to convey a last minute offer of a plea bargain to a client.  The prosecution hadn’t expected to be ready with the case at the call of the list so had not conveyed an offer.  But the police officer had arrived and now they wanted to proceed.

You have to understand.  Accepting a guilty plea is sometimes the very best thing for a client to do.  But you have to get there first.

The first thing you need to do as a public defender is to put the client at ease that you know who the client is. Hey, I may have 40 other clients in the room today and I may not have had time to talk with you much before the judge took the bench.  But I know who you are.  I know what your legal posture is.  And I know every fact that is alleged in the complaint against you.

Of the 40 or so clients I had on the list that day, probably 25 or 30 were there for trial.  And for each and every person on that category, I needed to know what the charges were, what prior convictions they had, whether or not a new conviction would violate the terms of probation or parole for one of those convictions, what the prosecution alleged, what my client had said, and whether or not we had any witnesses of our own.  If we did have witnesses, I needed to talk with those witnesses to assess their credibility and to determine if their testimony would help our case.  If the defendant was planning to testify, I needed to make the same determination with respect to credibility and prepare him or her for what was to come.

After years of doing this work, I had developed a good system for pulling up the things I needed to know at a single glance at my cheat sheet.  But that was only half of the battle.

The other half was to walk the client through the options and to come to a decision that the client was comfortable with.  What are the elements of the offenses?  How strong is the prosecution’s case?  How strong is our case?  What is a guilty plea?  And, if the client decided on the guilty plea, how would this affect his or her record?  How would it affect probation?  Would the client be able to change his or her mind later?

You are doing all of this with other clients knocking on the door because they need to speak with you.  You are doing this with the court crier coming out to tell you the judge is getting impatient and you’d better get your ass back in the courtroom.  And you are doing this with angry and confused clients, many of whom are distrustful of you as a public defender.  Many of them are uneducated.  Many  have drug, mental health, and other problems.  I know you really work for the district attorney.  I know you just want me to take the deal because it makes it easier for you.

So I took a little time with this client.  And when I walked back into the courtroom, the judge looked very angry.  And when I looked at my daughter in the gallery, she looked ashen-faced.

Later, during a break, I asked her what had happened.  “You won’t believe the things they said about you when you were out of the room,” she said.

“Who said things about me?” I asked, expecting that she had heard some grumbling from within the gallery.

“The judge and the court people.”

Shortly thereafter, I looked back into the gallery and noticed that my daughter was gone.  Though she will never admit it, I know that her faith in the American legal system was at least a little shaken.  My wife and I have long hoped that at least one of our three children will decide to become a lawyer.  This possibility now seemed even more remote, at least with respect to our daughter, the eldest.

So now I was angry.  There is usually a nice time at the end of the day, right before the court adjourns.  The gallery is now empty, and everyone lets down his or her guard a little bit.  We laugh.  We joke.  We become humans instead of lawyers.

The judge was my age, and we had friends in common.  I knew that she had the reputation among other defenders as rich and elitist and afraid of our clients, but I had never seen any of this.  I liked her.  I wanted to give her the benefit of the doubt.

But I was insulted by her treatment of me that day.  “Your Honor,” I said.  “I was hoping for a little better treatment today with my daughter in the room.”

The judge looked surprised.  She had heard about my daughter.  The previous spring my daughter went to her senior prom with the son of mutual friends. The judge had even seen pictures of my daughter in her prom dress.

“That was your daughter?”  I guess it wasn’t hard for her to notice the pretty, fresh-faced young woman sitting in the gallery.  “Well,” she said.  “We can’t sit around here all day while you convey a simple offer.”

“These offers take time,” I said.  But I let it go. I knew that, at least with this judge, it was a lost cause.

It doesn’t have to be this way. There is another judge on the Philadelphia bench, a Common Pleas judge handling felony cases, who understands the importance of not rushing things, of letting these things run their proper course.  The court personnel hate her, because she makes them sit there until five or six pm every day when all of their colleagues are off to their other jobs by mid-afternoon at the latest.  The court personnel complain to court administration and court administration complains to the judge. Nobody wants to be assigned to her room.

But the judge is no push-over.  She stands her ground.  She gets it.  She understands that jamming a plea bargain down a defendant’s throat is never in anyone’s interest.

It’s no coincidence that the law requires that the guilty plea – a waiver of the defendant’s constitutional right to a trial – be knowing, intelligent and voluntary.  The defendant needs to make an educated, considered decision.  He or she needs to be comfortable with a decision that may affect him or her for the rest of the defendant’s life.  At the very least, from a purely practical standpoint, the defendant who is not comfortable with the decision may balk during the colloquy or attempt to withdraw the guilty plea later.

So this judge gives the defendant’s attorney plenty of time to work with the defendant in arriving at the right decision.  And there is no sense of irritation or annoyance when the defendant decides to exercise his or her right to trial.

The result is that, instead of clients being rushed into a hasty, ill-considered decision and then leaving the courtroom regretful and angry at the whole system, the defendants who leave this judge’s courtroom do so with an understanding of what they did and a comfort level with the decision they just made.  Many of them smile and thank the judge after pleading guilty, even as the sheriff is putting on the handcuffs and taking them into custody.  They’ve been heard.

I never did get an apology from the judge in the room the day my daughter came.  Nor did I really expect one.  Afterward, the judge’s personal assistant told me that the judge was crabby that day because she had a hair appointment she was concerned about missing.

But I did run into the judge again a week or so later on the street outside the courthouse.  She called to me from the other sidewalk, and I crossed the street to see her.  It was strange to see her in street clothes.  I was surprised by how small she was off the bench.

“Mr. Koehler,” she said.  “Your daughter is very pretty.  I hope she will consider a career in law someday.”

← A Public Defender with a Sense of Humor
Surviving the Virginia Bar Exam: Reflections After Day One →