Philadelphia: Where the One-Eyed Man is King

My wife does not read this blog.  I understand.  She’s busy.  Friends or family will tell her they enjoyed something they read on the blog and she will smile and thank them, but she really has no clue what they are talking about. 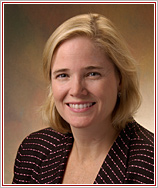 I showed her my website when it first went up last fall.  Yes, dear, it looks very nice.  But, to the best of my knowledge, she has never been on this blog.   Not once.  This means that I can talk about her behind her back.  It means I can post her photo without her knowing about it.

My wife used to be a mini-celebrity when we were in Philadelphia.  It wasn’t because she was lead counsel for some high-profile human rights cases:  torture of the Iraqi prisoners at Abu Ghraib, the shooting of innocent Iraqi citizens by Blackwater.  No, her claim to fame in Philadelphia was that she had been Mayor Michael Nutter’s campaign counsel.  Because in Philadelphia, people only think about things in Philadelphia terms.  As far as I can tell, the outside world has absolutely no relevance to the people of Philadelphia.

This is because people in Philadelphia tend to think of everything in life in purely local terms.  You can be standing on Market Street and ask somebody if they are from here, meaning Philadelphia the city.  Oh no, the person would say.  I’m from South Philly.  Or from West Philly.

That said, I miss the city.  We were there for 7 years before moving back to D.C.

A couple of years ago, a national survey came out that named Philadelphia as the number one city for ugly people.  Most people were offended.  I was pleased.  After all, as the cliché goes, in the land of the blind, the one-eyed man is king.

Another study suggested that only 15% of the people in Philadelphia have a college degree.  Again, in the land of the blind, the one-eyed man is king.

People in Philadelphia also have a national reputation for surliness and rudeness.   While I was not present at Veterans’ Stadium for the famous booing of Santa Claus many Christmas’ ago, something I read about all the time, I have been present at many booings – former Philly athletes in town with another team, the person singing the national anthem, the mascot, the cheerleaders.  The first time I went to a Phillies game, the guy sitting next to me had to serve as my guide.  And why are we booing now?

You are also far more likely to get into a verbal altercation with another pedestrian or motorist on a Philadelphia street than in any other city in which I have lived.  At the same time, as I came to learn, there was usually very little animosity in the exchange and it was just as likely to devolve into good-natured ribbing as a fist fight.  People tell it like it is, but they don’t get too emotionally caught up in it.

I also miss the hustle-and-bustle of the Criminal Justice Center on Filbert Street:  the pushing to get into an elevator and the shouting in the hallways.

It was in that very building that I decided I wanted to do criminal law at the state level. I was spending the summer after my first year in law school as an intern at the U.S. Attorney’s Office for the Eastern District of Pennsylvania.  For hours and hours, I sat in on the formal, staid federal courtrooms as the procedures moved along at a snail’s pace.

One day they took all of the interns on a one-day field trip to the Criminal Justice Center.  We were getting out of the elevator when a police office and a family member of a defendant got into a shoving match.  We went into one of the courtrooms and the judge was excoriating the assistant district attorney for incompetence because, well, the assistant district attorney didn’t seem to have any idea what he was doing.  Even I could tell that, and I was just an intern.

Ahh, I thought.  In the land of the blind, the one-eyed man is king.  This is where I need to practice criminal law.

3 Comments on “Philadelphia: Where the One-Eyed Man is King”