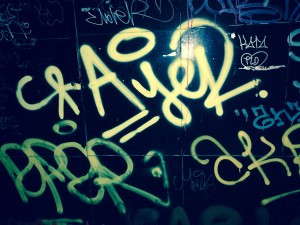 When you go to a doctor for treatment, do you omit a critical piece of information about what is ailing you? Of course not.  The doctor’s diagnosis will only be as good as the information it is based on.  So why would you ever lie to your criminal defense lawyer?  Why would you tell her you are innocent when you are not?  Why wouldn’t you tell her everything?

Admittedly, I rarely have this problem with adult retained clients. They seem to understand the need for full disclosure.  And juveniles are usually so trusting, so unguarded, that they will tell you everything.  You ask them what happened and it all comes pouring out.  It is, however, a different story with adult indigent defendants, at least in my experience as a public defender in Philly.  There is a trust issue.  It can also be a question of education and sophistication.

The withholding of information can occasionally lead to that cringe-inducing moment at trial in which you are caught completely off-guard by something the government’s witness says on the stand.  Although I always tried my best to maintain my poker face when this happened, I could feel my client squirming in the seat next to me.  And it often led to an angry exchange afterward:  Really?  You didn’t think that was something I might want to know?  The defendant was usually sheepish about this.   I don’t know, one of them might say.  I thought you would try harder if you thought I was innocent.

The problem with withholding information is that your lawyer might pursue a different and less effective strategy based on this lack of information. Take an assault case, for example, in which the client swears to the lawyer that he wasn’t even there.  In a case of mistaken identification, the lawyer might base the defense on an alibi.

An alibi defense sounds great in theory.  But it is always risky, particularly when it isn’t true.  Judges don’t like to be misled.  It is also an all-or-nothing proposition.  The judge either believes your witnesses or she doesn’t.

However, it would be very unfortunate if, in pursuing an alibi defense, the lawyer passed on what could have been a far more effective strategy of asserting self-defense.  After all, it is hard to claim that the  defendant wasn’t there but if he was, everything he did was in self-defense.

← Gayden v. U.S.: Interpreting the “Resist” and “Intimidate” Provisions of D.C.’s APO Statute
#Serial: No Miscarriage of Justice in the Adnan Syed Case →