My Real (and Not So Real) Heroes 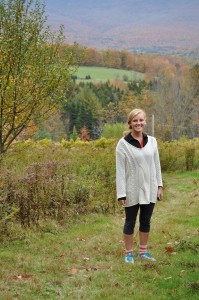 I normally tell people that my desire to be a lawyer came after the couple of weeks I spent with my aunt and uncle during the summer before my senior year of high school. I shadowed my Aunt Susan and watched her in action during one of her trials, and I admired her presence in the courtroom. I still enjoy following her enormous feats in her career and one of my biggest accomplishments in college so far was arranging for her to come and speak to a group of students at Middlebury.

During my time in Virginia that summer, my Uncle Jamie drove me to Susan’s temporary offices in Alexandria every day, and he told me a lot about his own experiences as a lawyer. One of the things I remember most was our drive to the airport at the end of the week. He explained to me what his strategy was going to be in one of his cases. The young teen he was representing was guilty but sympathetic, and although I do not remember the exact details, I do remember how impressed I was with Jamie’s line of thinking, with his creativity as he was building his argument. So, yes, my interest in the law was definitely sparked by two of my incredibly impressive family members. But what I don’t normally reveal is that if I’m being honest, part of the reason I want to be a lawyer stems from my love of television.

My sister Emma has noted in the past that I sometimes get fact confused with fiction. For example, during a discussion about the trials of raising a child with autism, I stated in all seriousness, “Yes, that has been very difficult for Adam and Kristina” (referring to one of my favorite shows, Parenthood). The characters of Friends feel like my actual friends, and too often someone will say something that reminds me of a joke that Chandler made, and I will chuckle to myself, thinking, “Oh, Chandler.”

So, I think when I saw the courthouse and all the lawyers with their briefcases and the judges in their robes, I was reminded of the drama and excitement of courtroom shows like The Good Wife. This was the case once again when, as a summer intern, I observed the Assistant U.S. Attorneys in action at the federal courthouse in Detroit. When I imagine myself as a litigator, I definitely aspire to be like Susan Burke and Jamison Koehler. I also aspire to be like Alicia Florrick and Diane Lockhart. Alicia wears the classiest outfits and there is something deep and measured about Diane’s voice that makes you hang onto her every word.

This combination of talented lawyers and actors has made my future clear in my mind. But on more than one occasion, people have told me that they can’t picture me as a lawyer; that I’m too sensitive, that I’m not confrontational enough, that I’m too “nice.” This bothers me. For one thing, it’s rude. I literally just said that I was considering going to law school. And you’re going to respond by telling me that I would be a terrible lawyer? Okay. On another note, anyone who says that doesn’t know me very well. Or they don’t understand people in general. Yes, I am smiley and empathetic and I do have a tendency to cry when I get overwhelmed or when I watch movies like The Fault in Our Stars.

But different roles are appropriate for different situations. For example, during our annual Koehler family reunions at Cape Cod, I am quieter than I would be amongst my group of friends in college. And I like it that way; I feel that for the time being, that is my role as one of the younger cousins. I enjoy listening and observing and admiring. And I know that my aunts, uncles, and cousins understand that this is not all that I am. With my mom, dad, brother, and sister, I am often too loud. I am always the one who yells for my brother Jared to come down to dinner when he has his headphones on in his room and can’t hear anyone else but me. I don’t know how I do it, but if I want to, I can project my voice to a painfully loud decibel. Seriously, ask my parents about it. They will probably cringe as they nod. My point is that as three-dimensional human beings, no one is just one thing. There are different parts of us that appear at different moments. And the qualities that a person presents in his or her particular trade are not all the qualities that that person necessarily possesses.

The last reason that it bothers me when my peers shut down my dreams is the fact that although we are well on our way to becoming fully grown, we are not quite there yet. At the age of 20, I know I have plenty more to learn. There are books I have yet to read, papers I have yet to write, crises I have yet to experience; there is plenty of time to learn how to turn my strengths into passions. I am in constant awe of the attorneys at the U.S. Attorney’s Office, and the reason for this is because they have knowledge and skills that I don’t. I am in awe of the combination of creativity and logic that comes with being a lawyer, the ability to make critical points by asking a series of questions, the confidence it takes to stand in front of a judge and a jury.

I know I am not that person yet, not even close. (An AUSA in the General Crimes Unit made this fact abundantly clear. Before a presentation for the interns, someone asked him if we were all law students, and he said, “Yes, everyone except for HER!” He lifted up his arm and pointed at me. And kept pointing. And kept pointing.)

But that’s kind of the point. Some day I would like to be the person I am in awe of right now. Matthew McConaughey was once asked in an interview who his hero was, and he replied that his hero was himself in 15 years. Although he sounded arrogant when he said that, I think his response was actually rather humble. He aspires to be someone he is not right now. Although he thinks he can be that person in the future, he acknowledges he is not there yet, that he has room to grow. And if you think about it, it makes perfect sense. Why wouldn’t we want our future, older, wiser selves to be our own personal heroes?

I mean, maybe I will decide that I don’t want to be a lawyer. Or maybe I won’t get into a single law school. Or maybe I’ll get into a top tier law school but fail the bar seven times and be forced to accept my failures and move on with my life. Or maybe I will pass the bar, but I will realize that I am a terrible lawyer and decide to do something else. Who knows?

But right now, I look at all the lawyers I admire, like Jamie, Susan, Alicia, Diane, and the civil rights AUSA whose conversations I always listen in to because she talks very loudly. And I think to myself: That could be me someday. But in my own, unique way, because after all, it’s me we’re talking about.

The author (pictured in the Vermont countryside) is a political science major at Middlebury College. She is studying at UCL in London in the fall. Over the summer she interned at the U.S. Attorney’s Office in Detroit. She loves her Uncle Jamie very much and plans to follow his footsteps to law school (albeit a littler earlier in her career than he did).

← Judge Easterly Lets The Facts Speak For Themselves In Damning the Government for Brady Violations
“Darling, I Love You But Give Me Park Avenue” →

5 Comments on “My Real (and Not So Real) Heroes”