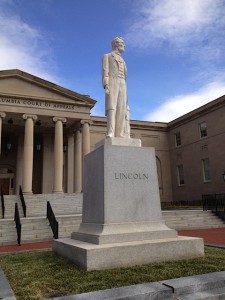 In Pennsylvania, the offense is known as endangering the welfare of a child.  In D.C., it is cruelty to children and, as the D.C. Court of Appeals pointed out recently in Mitchell v. United States, 64 A.3d 154 (D.C. 2013), you cannot read too much into the title of a criminal offense:  The title is of use in interpreting a statute only if it sheds light on some ambiguous word or phrase in the statute itself.  It cannot limit the plain meaning of the text.

Chanel Mitchell was convicted of second-degree cruelty to children after police recovered, among other things, two loaded revolvers and two loaded shotguns in the living room of the home she shared with her three children. Challenging the conviction on the grounds that she was acquitted of all the firearm charges, Mitchell argued in effect that she could not be held liable for exposing her children to firearms if she was not even aware that the firearms were present.

The Court was unconvinced. First, there is no problem with “inconsistent verdicts”:  “a not guilty verdict to one count of an indictment that is inconsistent with a guilty verdict to another count cannot invalidate the guilty verdict so long as the guilty verdict is based upon sufficient evidence.”  Second, whether or not Mitchell knew about the firearms and intended to exercise dominion and control over them (as in a constructive possession case) is different than whether Mitchell “knew of the danger and intentionally and recklessly failed to do anything about it” (as would be required under the cruelty to children charge).

Conviction affirmed:  Cruelty to children is a general intent crime.  The statute does not require that a person’s conduct be directed at a child or that the child suffer an injury.  It only requires that the person intentionally or recklessly engaged in conduct which caused grave risk of bodily injury to a child.

← On the Crucible of Cross-Examination
Avvo: Falsus in Uno, Falsus in Omnibus →