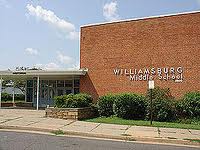 Years ago, my wife and I were trying to get our daughter into an alternative public school. The school had a great reputation, we knew lots of people who sent their kids there, and my wife – never a slouch when it came to our children — had researched it extensively.

The application for the school required you to include a form signed by the principal of the neighborhood school (the school you were not sending your child to) certifying that you had attended an orientation session at that school. Apparently, someone had decided that the principal of the neighborhood school needed to have the opportunity to try to talk you out of sending your child to the alternative school. You can just imagine the heads nodding around the table in agreement when this was suggested.

When it became clear that neither my wife nor I would be able to attend either of the two scheduled orientation sessions, I took some time off from work and drove down to the school with the form. I explained our situation to the principal and asked her if she could make an exception and sign it.

She refused. She said it was very important for my wife and me to hear what she had to say before we decided to send our daughter to a different school.

I dutifully went to the orientation session, missing out on the going-away party for a long-time colleague. I was pretty mad about this and, I have to admit, rude too. Sitting there in the front row with the newspaper opened in front of me was my childish and passive-aggressive way of saying, yes, I have to be here in order to get your signature on that damn form but, no, you can’t make me listen. If I had really been on my game, I would have shut my eyes and put my hands over my ears too.

If I ever had any doubt about sending our daughter to the alternative school, such doubts were dispelled by the principal’s presentation. Whereas the orientation for the other school had been done completely by students, this orientation was led by the principal. Although I did not hear all of her presentation (I was trying to catch up on my news, after all), I remember there was a lot of discussion about rules, all delivered with the harried tone of a school teacher who is interrupted on her way to the teacher’s lounge.

What got me madder than having to miss my colleague’s going away party was the realization that we were subject to the whim of this petty bureaucrat. Nobody knows our daughter the way my wife and I do. Nobody should be able to tell us what we need to know in order to make a decision about which school to send her to.

I was thinking about this the other day while picking up medication from our local pharmacy. You know the drill – you swipe your credit card and then proceed through a series of prompts that seem to last forever:  sign, press enter, press yes, press enter, and so on.

I am sure there is a valid reason for every single prompt. Someone somewhere had a good idea: Hey, let’s figure out some way to remind people that they might want to consult a pharmacist before picking up their medication. Because we can’t assume they will be smart enough to figure that out on their own. There may also be legal liability issues.

Or:  Let’s make parents attend an orientation at their neighborhood school before applying to the alternative school. And the only way to enforce that requirement is to have the principal certify their attendance.  Again, heads nod in agreement around the table.

The result of all these great ideas – each, I am sure, merited in its own right – is a lengthy and cumbersome process that delays us in small ways every single day without serving any real purpose. We end up with one good rule piled up on top of another good rule, with no thought to the overall effect of these rules in the aggregate.

Compounding the problem is the fact that, once we establish a rule or a policy, we never revisit it later to see whether or not it has outlived its usefulness. While working as military attaché at a U.S. embassy overseas, for example, my father-in-law was advising a foreign government on operations at one of its military bases.  Unable to figure out why a sentry was always posted at a particular location, he was told that this was just the way things had always been done.  Looking into it further, he learned that, at one time many years ago, the base had kept its horses there. The horses went away, but without a periodic reevaluation of the base’s rules and practices, the posting of a sentry there to guard them never did.

In the end, my daughter drew a high lottery number and didn’t get into the alternative school. She survived a year at our neighborhood school before, moving to Philadelphia, we put her into a private school.  But I have been steaming about that principal ever since. I keep hoping that I will run into her – perhaps standing at the pharmacy counter where she is punching through the endless prompts —  so that I can finally give her a piece of my mind. It would help me relieve years of pent-up frustration with rules, rules and still more rules. The problem is, I don’t remember what she looks like. There is, after all, a reason we call them faceless bureaucrats.