“The Sexual Assault Program In The Air Force Is A Joke” 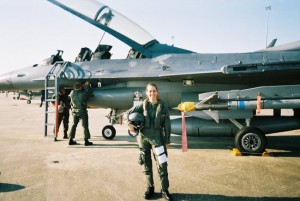 The New York Times ran a story this morning about the lawsuit filed last month alleging that the Air Force has turned a blind eye to pervasive sexual attacks and harassment. The article focuses on Jennifer Smith, an Air Force technical sergeant, who is one of more than 500 women who have contacted my wife since she filed a series of lawsuits against the Pentagon beginning last year.

Smith describes one incident in which, after walking into the office of a senior officer at a U.S. base in South Korea, she was told to sit down and take off her blouse because she would be more comfortable that way.  In another incident in Germany, a sexual assault against Smith was only avoided after co-workers intervened.  When Smith complained about pornography and other graphic material on her unit’s computers at Shaw Air Force Base in South Carolina, she was warned by a supervisor to just stay quiet:  “I learned quickly that the enlisted females who do well,” the Times reports her as saying, “are the ones who keep their mouths shut.  It’s a career ender to come forward.”