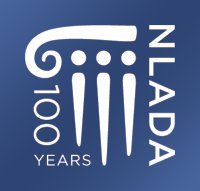 Mark Houldin has accepted a job with the National Legal Aid and Defender Association(NLADA).  NLADA is the nation’s oldest and largest non-profit association “devoted to excellence in the delivery of legal services to those who cannot afford counsel.” Moving last month from Philadelphia to D.C., Houldin will be working in the Defender Legal Services Department. According to a NLADA press release, he will be responsible for “advancing policy issues of import to the indigent defense community and advancing the equal justice agenda through the development and dissemination of research and information.”

Houldin was a classmate of mine in law school. He was a fellow summer intern at the Philadelphia public defender’s office and then a colleague and office mate.  He and his wife Jady are also friends, and my wife and I treated them to dinner last night at The Source, just across C Street from D.C. Superior Court.

If there is one thing I have always admired about Houldin, it is that he is at once humble and extremely good at what he does. In addition, although he stayed at the defender’s office a year or two longer than I, he has not lost any of his passion for indigent defense. He does not have that beaten down look you see in so many public defenders. NLADA is fortunate to have him.

← Addicted to Fantasy Football: Strategies for the 2012 Draft
Emma Brush is All-Ivy Player of the Week →