“Jejomar Untalan Was On The Brief For Appellant” 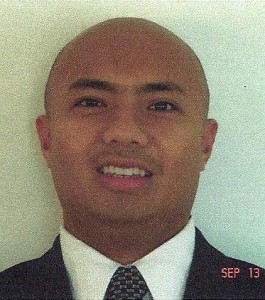 You never want to find your name on the wrong side of the “v.” As in: United States v. [Your Name Here]. If it is a criminal case, it means that you have been charged with a crime.

You also don’t want to find your name in the title of an appellate opinion. If it is a criminal case, there is a good chance it means you have been convicted of a crime.

I think of Marlon Banks, the guy whose name was attached to what was always a very popular case among defense attorneys in Pennsylvania. He came into the public defender’s office in Philadelphia for an interview on a new case one time and found himself greeted like a celebrity.  Hey guys, guess who is in the building. I am not sure he appreciated all the attention.

More famous would be Ernesto Miranda whose misfortune in getting himself arrested in a drug case led to the famous Supreme Court decision, Miranda v. Arizona, requiring police to advise a suspect of his right to remain silent. It was national news when Miranda died. “What a shame,” said the mother of my criminal law professor in law school. “After all that man did for our country.”

If you don’t want to see your name after the “v” in a criminal case or in the title of an appellate opinion, where you do want to see your name is as the appellant’s lawyer after a successful appeal. Congratulations in this regard to our friend and colleague, D.C. criminal defense lawyer Jejomar Untalan. He was both the trial attorney and the appellant’s lawyer in an opinion issued recently by the D.C. Court of Appeals, In re S.B., 44 A.3d 948 (D.C. 2012). I know Mr. Untalan to be a good trial attorney because I have seen him in action. What I didn’t know was that he is also a persuasive appellate attorney.

Mr. Untalan’s client, S.B., was walking in a park with some other juveniles when he was stopped by a police officer in connection with a radio lookout. The description given was for a “black male with white pants, possibly a juvenile, armed with a handgun at the rear of the 600 block of Alabama Avenue on the playground.” The officer patted him down, recovering a BB gun from his waist, and S.B. was eventually found guilty of possession of the gun.

S.B. was a black male and a juvenile. He was wearing white pants. And he was walking on a playground on the 600 block of Alabama avenue. The question on appeal was whether police had the requisite probable cause or reasonable suspicion to stop and frisk him.

Also important to the court’s decision in this case was the fact that the police had already stopped and frisked another black male wearing white pants before they encountered S.B. This supported Mr. Untalan’s argument that, because the description could have fit any number of black males present in the park that day, it did not meet the constitutional requirement of a “particularized, individualized suspicion” with respect to S.B.

The court thus concluded that, although the tip provided in this case was more reliable than the tip in question in Florida v. J.L., police still needed “some additional corroboration that [S.B.] was likely the individual whom the tipster had identified as the young man holding a gun and messing with a young woman in the playground.” It thus reversed the judgment.

Although such a fact-specific case is not going to dramatically change the direction of Fourth Amendment law in the District, it is still an important win in the continuing battle against unreasonable searches and seizures. Congratulations to Mr. Untalan.

5 Comments on ““Jejomar Untalan Was On The Brief For Appellant””