President Obama Does The Right Thing on Gay Marriage 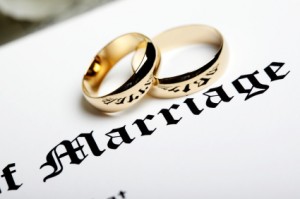 Leadership is doing what you believe is right no matter what the political costs may be. President Obama may have waffled over gay marriage.  He may have sent out his Vice President to test the waters first.  But in the end he did the right thing.

The Massachusetts Supreme Court decision in Goodridge v. Department of Public Health, 798 N.E. 2d 941 (2004), remains for me the most eloquent and persuasive legal argument in support of gay marriage.  A key excerpt is below.