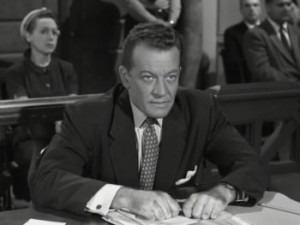 I first became a Prosecutor when I was in law school. As a Third Year Law Student, having passed my Evidence courses, my state permitted me to try cases in court while under the supervision of a member of the Bar. I was not a “True Believer.”  I saw prosecution as providing legal representation for the state and the victims of crime. But if I was going to wade into this fracas of criminal law, I was determined to mete out justice with complete uniformity and impartiality.  I was resolute that the hammer would fall evenly on all my prosecutions.  Of course, it took about two years before I learned how to truly mete out justice and to be fair.  I had to learn that each case is absolutely unique, and justice for one is not necessarily justice for all.  I had to learn how to inject humanity into my job as a Prosecutor.

I knew I was fortunate enough to land my first job as an Assistant District Attorney “ADA.”  I believed I was already an experienced trial lawyer, having tried 50-60 bench trials during my Third Year of law school. When I look back at that time from where I sit today, I am embarrassed at the grim, harsh, uncompromising, newly-minted Prosecutor who lived inside my skin. For the first two years of my tenure, I had no idea how incompletely I was handling my cases, because I believed that each case had to have a uniform outcome.  My state did not have sentencing guidelines at that time, but I executed my duties by my own self-styled sentencing guidelines.  Fortunately, my eyes were eventually opened in the most innocuous manner.

I had risen through the trenches to be assigned to a jury trial session. I was part of a team of four or five ADAs. We handled all of the jury trials in two Court sessions in a very busy County. Of course, as is true across the country, 95% of our cases ended in a plea bargain. If one session was on trial, then the other session Judge would hear plea bargains. When one of us ADAs was on trial, then the other members of the team would pick up his or her cases, and plea bargain them to the open session Judge.

My epiphany came when I picked up a plea bargain that had been preliminarily negotiated by my colleague, ADA Smith. The Defendant was represented by a prominent Defense Lawyer, Attorney Jones, for whom I had great respect – and, yes, admiration. He was very intelligent and personable. I enjoyed discussing art and music with him during those long periods of “waiting,” which is inevitable in Court. He had arranged to plea out a client in custody with ADA Smith. However, the negotiation of the recommended sentence had not yet been completed.

Now, ADA Smith was on trial, and I picked up the plea bargain. I was looking forward to chatting up my friend, Attorney Jones, that afternoon. However, when Attorney Jones walked into the courtroom, and saw me standing there with the plea bargain files, his face fell.  “No way, No way!” He said with true anger in his face.  “I had a plea going with ADA Smith on this case!”

I was a bit surprised by his vehemence, but I smiled and said, ” Hey, he’s on trial, but no problem, I’ll handle the case.”

“No way, No way!” He repeated, “I’m not going to plea bargain this client with you!”

The smile began dying on my face as I slowly comprehended the complete rejection and personal insult coming from someone I believed was a friend.  Not one to back down from a fight, I responded, “Well, unless you want your client to rot in the can for another ten days, you’d better plea bargain with me.”

Attorney Jones took a long moment.  He stared at me and earnestly said, “Look, I’m sorry, but you are not capable of giving my client a fair disposition.”  Attorney Jones then requested a trial date from the Judge.  Ten days later, his client was returned to the Courtroom in custody, and Attorney Jones completed the plea bargain negotiation with ADA Smith.

I followed the events, flabbergasted. I could not understand the difference between how I was performing my duties, and ADA Smith.  My ego was shaken.  Attorney Jones was someone who possessed stellar legal skills and reputation.  He had embarrassed me, and raised a question in my mind that somehow I was not performing my job to the highest standard.  So I began to pay more attention to how ADA Smith did the job.

Was he afraid to try cases? No.  He was as talented a trial lawyer as I have ever known.

I discussed cases and dispositions with him over the next few weeks as we continued on with the work. I recognized no particular differences in either his legal abilities or in his plea bargaining techniques. Then one day, I was in Court as ADA Smith pled out a Defendant in custody. The Defendant, no stranger to the Court and prison, had refused appointed counsel. ADA Smith was presenting a plea bargain he negotiated directly with the Defendant.  The recommended sentence involved incarceration; and the Judge obliged.  The jail time was the same recommendation ADA Smith would have offered if the Defendant had been represented by counsel.  As the Court Officers escorted the Defendant, in handcuffs, out of the Courtroom, the Defendant stopped, turned back, addressing ADA Smith by his first name, “Thank you (ADA Smith), bless you.  Have a good week-end.”  The Defendant was smiling at ADA Smith as he was carted off to jail.

As I took in this scene, I understood that ADA Smith had been prosecuting cases alongside me, using a completely different baseline criteria.  He looked at each Defendant as an individual person.  He assessed each case, considering the unique circumstances of that particular Defendant.

I also understood how I had been ignoring an important perspective in prosecuting my cases.  In my singular commitment to uniformity of justice, I was failing to add to my assessment, a consideration of each Defendant.  I had consciously or unconsciously lumped all Defendants into an impersonal category, which I never examined.  I simply worked with their attorneys in a detached analysis of each crime, and the appropriate punishment.

I never, thereafter, enjoyed chatting with Attorney Jones.  We continued to litigate against each-other, but our interactions had irrevocably changed.  The veil had been stripped away; we were no longer friends.

It took me two years to learn and recognize a simple truth. Thereafter, I became a better Prosecutor.  I paid attention to the person charged with the crime.  I listened to what the Defense attorney had to say about their client.  I stopped to consider their families and lives. I allowed these factors into my assessment of the crime and appropriate punishment. And as I look back at my work from that point on, I believe I came closer to achieving justice.

–For the State, Hamilton Burger

7 Comments on “A Prosecutor’s Justice”