Waiving a Probable Cause Hearing in a Juvenile Case 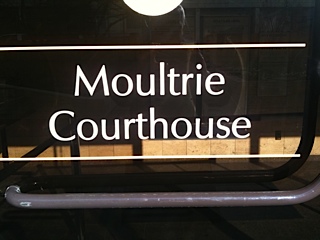 “Why would ever you want to waive the probable cause hearing?”  This is what I ask the lawyer of one of two co-respondents in a juvenile case. She is brand new at the Public Defender Service, and has never encountered this situation before.

It is a rhetorical question because I already know the answer. In order to securely detain a juvenile in D.C., the court must first hold a hearing to determine whether there is “probable cause” to hold the juvenile. Like a preliminary hearing in an adult felony case, the hearing benefits the defense in two ways. First, it enables the defense to learn more about the government’s case. Second, it allows the defense to lock government witnesses into their testimony.

In this case, the government has made my two colleagues an offer their clients will find difficult to refuse:  If the juveniles agree to waive the probable cause hearing, the government will agree not to argue for secure detention.

The offer poses a dilemma for my colleagues. When given a choice between going home and learning more about the government’s case, no juvenile is going to take the longer-term view. He or she will want to go home. At the same time, all three of us are eager to do the probable cause hearing, and in my case, I have nothing to lose. Because my client is a first-time offender, the chances are very good that she will be going home anyway. I want to piggyback on the probable cause hearing held in the other two cases.

Our colleague – a seasoned lawyer for the third respondent – has already agreed to waive the probable cause hearing on behalf of her client.  “Don’t listen to him,” she tells the PD when she hears my question.  The three of us are standing in the hallway outside JM-15.  We are laughing, having fun, trying to keep the tone light.  We are also dead serious.  “His client is going home.  He just wants you to hold the probable cause hearing.”

Seeing that the PD is still waffling, I go in for the kill.  “You rarely see PD’s waiving the probable cause hearing,” I say.

But,” says the PD, “I am worried about all the bad stuff that will come out at the hearing.”

“Better to find out about these things now than at trial,” I say.  Our colleague rolls her eyes.

“I have been trying to call my supervisor,” she says.  “But my phone is dead.”

The PD calls her supervisor. We do the probable cause hearing. In the end, all three juveniles go home.

← On Blog Comments
A Peek Behind The Curtain: On Being A Government Witness In A Criminal Prosecution →