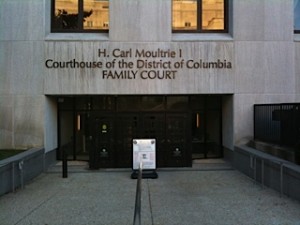 The list of lawyers approved to take on court appointments for juvenile cases is now out. D.C. Superior Court Chief Judge Lee Satterfield issued the order approving the list on February 27. The appointment is good for four years.

The process began last summer when all members of the Panel were asked to re-apply. The Family Court Panel Oversight Committee, which developed the recommendations for Chief Judge Satterfield, received a total of 283 applications for one or more of the four Family Court Panels:  the Counsel for Child Abuse and Neglect (CCAN) Panel, the Guardians Ad Litem (GAL) Panel, the Special Education Attorneys (SEA) Panel, and the Juvenile Panel.

Each of the ten members of the Family Court Panel Committee members reviewed approximately 28 applications and then submitted recommendations to the full Committee. The full committee finalized its recommendations on October 20-21, 2011 by reviewing each application individually.

The committee reported that there was usually consensus about an application, and sometimes unanimity. In a few cases, the decision was made by formal vote, with some applications being deferred for additional information. The lists were also reviewed by the D.C. Office of Bar Counsel to determine whether any applicant was subject to disciplinary action or investigation.

The Committee seeks to assure that there are enough attorneys available for appointment in Family Court cases while also ensuring that each attorney is able to maintain a sufficient case load. Any lawyer whose application was not accepted is required to wait a minimum of 18 months before re-applying:  “This will ensure that such applicant has sufficient time to engage in additional training and/or gather additional relevant experience.”

← I Am Not A Traffic Lawyer. Except When I Am.
Entrapment in D.C.: The Legality of Recent Decoy Operations →

2 Comments on “List for D.C. Juvenile Panel is Out”