Til Death Do Us Part: On a Lawyer’s Duty of Confidentiality

One of the things I like to tell clients is that my duty to them of confidentiality lasts not until they die, but until I die. I know this statement is a tad precious, and I have to admit I stole the idea from a John Travolta movie. (Terminally-ill Travolta character:  “Will you love me until I die?” Girlfriend’s reply:  “No. But I will love you until I die.”)  At the same time, it conveys the idea in a form I hope with make an impression on clients, even if they are not fans of sappy John Travolta movies. 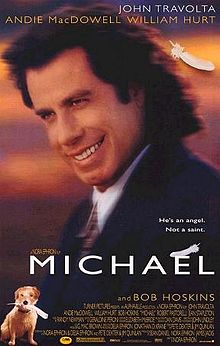 This pithy little statement came to mind when reading about Keith Kamenish, the Kentucky criminal defense lawyer who, according to the Louisville Courier Journal, sought to represent the man accused of killing another client in a murder trial. Now mind you, he was not asking to represent the accused man in a separate matter, which in itself could have raised some ethical issues.  No, he wanted to represent the man in the very murder trial resulting from the death of this other client.  In a sense, he wanted to be lawyer to both defendant and alleged victim.

And he saw no problem with doing so.

When challenged by government lawyers handling the case on the grounds that Kamenish would “have an irreconciliable conflict between guarding the confidences of his dead former client and zealously defending his new one, Kamenish pointed out that he had “represented the dead client only briefly and never gleaned any confidential information from him.”

Writes Scott Greenfield, whose blog entry alerted me to this story:  “It’s completely understandable that Kamenish wants to take the case.  He just can’t.  Despite the heresy of this statement, criminal defense lawyers cannot ignore the potential conflict of trading off the confidences of one client against the duty to defend another just because there is money to be made.  Painful as it may be, sometimes you just have to follow Nancy Reagan’s advice.  Contrary to all the voices proclaiming entitlement to make money, what allows us, as lawyers, to hold the trust of a client is our competence combined with our overarching ethical responsibilities.  And sometimes, these responsibilities compel us to walk away.”

I read about the Kamenish controversy a day after reading Sevachko v. Commonwealth, 544 S.E. 2d 898, a Virginia opinion from 2001.  In that case, a man accused of driving on a suspended license told his court-appointed lawyer that, although he had been driving, he planned to take the stand and testify that he had not been at the wheel of the car.  The lawyer tried to talk him out of committing perjury and, when these efforts failed, she withdrew from the case.  No problem there.  But I do have a problem with what came next.

The lawyer left private practice for work at the prosecutor’s office.  Upon learning that the client had beaten the charge on the basis of perjured testimony, a fact she could only have known from having been privy to the client’s confidences during the course of her representation, she informed her superiors at the prosecutor’s office.  They then charged the man with perjury, and the lawyer testified against him at the resulting trial, voluntarily and without asserting the attorney-client privilege on his behalf, thereby helping to secure his conviction.

Equally surprising, at least at first glance, was the court’s decision after reviewing this case.  The court made all the requisite statements about the importance of the attorney-client privilege; for example, how the privilege is “the oldest of the privileges for confidential communications known to the common law.”  It then held that, although “the trial court erred by admitted the defendant’s statements to his attorney that he was, in fact, driving, because the communication was made in the course of the attorney-client relationship,” the “defendant’s communication to his attorney that he intended to commit perjury was not protected by the attorney-client privilege because the statement was made in contemplation of a crime and, thus, was admissible.”

Whether or not you agree with the court’s decision, one thing is pretty clear:  The lawyer who betrayed her client’s confidences better hope she never loses her job at the prosecutor’s office because she has no business ever again taking on the confidences of a client.  While she may have been acting ethically with respect to the defendant’s statement of future intent (and even that is questionable), it is more likely that she was simply trying to curry favor with her new employers at the prosecutor’s office.  In other words, when it comes to a lawyer’s duties to the client with respect to loyalty and confidentiality, this woman clearly did not have a clue.

2 Comments on “Til Death Do Us Part: On a Lawyer’s Duty of Confidentiality”