“Mr. Bin Laden Was Entitled To His Due Process Rights” 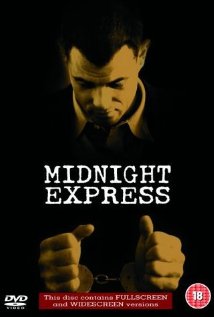 “I am an American and I know my rights!”  Isn’t this the stereotypical statement of an American tourist overseas?

On the flip-side you have Canadians asserting their right to remain silent under the Fifth Amendment, much to the surprise of Canadian courts.  “You are watching too much American TV,” is the typical judge’s response whenever this comes up.

The good thing about Americans is that we do know our rights and we know how to assert them. Some years back, if I recall correctly, the U.S. Supreme Court briefly considering abrogating the Miranda rights.  It ultimately decided – I think it was Rehnquist who delivered the opinion – that the Miranda warning is too deeply ingrained in the American consciousness.

But what I don’t understand is the attempted assertion of these rights to people committing crimes outside the United States. Because they don’t apply. For example, an American arrested overseas for drug possession is subject to the laws of the country in which the offense occurred and doesn’t necessarily have the same rights he or she would enjoy in this country.  I know this because I watched the movie Midnight Express.

Writes Paul B. Kennedy:  “Osama Bin Laden was accused of masterminding a criminal act of horrific magnitude in the United States.  Mr. Bin Ladin was unarmed at the time he was killed.  No matter how heinous the crime of which he was accused, Mr. Bin Laden was entitled to his due process rights.”

I respect Kennedy and his blog, and I agree with the overall point of his blog entry; namely, that the need to preserve our rights is even more important when the alleged crime is particularly “heinous.” Writes Kennedy:  “We don’t defend an individual as much as we defend the Bill of Rights. We don’t defend what a person may or may not have done so much as we defend his rights under the Constitution.  Sometimes it can be distasteful, but even the worst among us deserves his rights.”

But I don’t agree with Kennedy when he uses this argument in connection with the extrajudicial killing of Osama Bin Ladin in potential violation of international law. While the U.S. Constitution does in fact apply to the actions of the American seals who raided Bin Ladin’s compound, and to the President who authorized that raid, it is a stretch to argue that Bin Ladin himself enjoyed any “due process” rights under the U.S. Constitution.

4 Comments on ““Mr. Bin Laden Was Entitled To His Due Process Rights””