The “Me Quotient” in Criminal Law Blogging

Over at the ABA listserv Solosez, Mirriam Seddiq says that, however much she may write about legal and other issues, her blog entries are really and always just about her. I have always appreciated Seddiq’s candor. As a loyal reader, I also think she’s right. On the opposite end of the spectrum, Jeff Gamso says on the same listserv that, apart from a couple words about himself in his very first blog entry, he focuses only on the issues and the law. 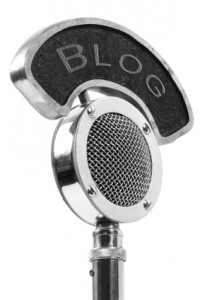 So I decided to test this. Using a blogger’s five most recent blog entries as a representative sample, I decided to find out how many times some of my favorite bloggers used the words “I”, “me,” “mine” or “myself” as a percentage of total words. (I initially thought about factoring into the equation the number of times a blogger related a personal experience but that got too complicated.) I chose to try out this very unscientific method on, in addition to the Seddiq and Gamso blogs, Norm Pattis, DA Confidential, Windy Pundit, and Liberty & Justice for Y’all.  I also applied the same test to my own blog.

Going in, I expected Seddiq to be the biggest offender of the “all about me” phenomenon. I assumed Liberty & Justice would be the lowest (sticking strictly to the law, Barnett rarely utters a word about himself), followed by Gamso. And I expected everyone else, including myself, to fall somewhere in between.

What surprised me was on the other end. As it turns out, no matter what she says about herself, Seddiq did not come in first with the lowest “me quotient”; that dubious honor belongs to D.A. Confidential.

Of the 6,111 words used by Seddiq over her last 5 entries, she referred to herself 110 times for a “me quotient” of 55.55.  D.A. Confidential referred to himself 60 times over 3,185 words for a quotient of 53.08.  (In fairness to him, I should point out that his sample entries included one in which he described a camping trip he had gone on with his family.  It is pretty hard to avoid talking about yourself in that situation.)

Because, as it turns out, this is really all about me, it was also distressing to learn that I came in a very, very close third to Seddiq.  With my quotient at 55.94, she edged me out by a mere 0.39. And if you add this blog entry — with its “me quotient” a disgraceful 27.36 — into my total, I beat out Seddiq hands down.

It turns out that I am every bit as self-absorbed as Seddiq.  She is just more upfront about it.

← On Libya and the So-Called “Obama Doctrine”
The “Collective Knowledge” Doctrine in D.C. →

7 Comments on “The “Me Quotient” in Criminal Law Blogging”