On Working With An Investigator 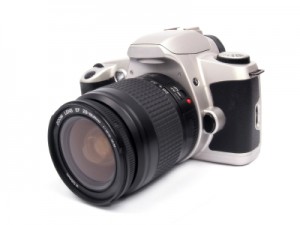 “I’m sure the whole thing was captured by one of those video cameras on the street,” a client would say.  “I’m not sure what street corner it was or what time of day, but I’m sure you will be able to track it down.”

Or:  “There was some guy there who saw the whole thing.  I can’t remember his name or what he looks like, but he hangs around there a lot.  You should have no trouble finding him.”

Having to pay for both your lawyer and any investigation done on your behalf introduces an element of realism to the equation. While I often do much of the investigation myself, both to minimize costs for the client and because there is usually no substitute for seeing something for yourself, there are times when you need to bring on an investigator. Knowing his/her way around a neighborhood, a  good investigator will often know how to get things done better than you. Other times you may want to have another person with you in case something is contested at trial. You can’t put yourself on the witness stand, but you can call your investigator.

The other benefit to working with an investigator as privately retained counsel is that you get to pick your own investigator. This was not the case at the public defender’s office. You would fill out a form while providing as much detail as possible as to what you wanted done. The job would then be assigned out by the head of the investigation office. As a result, you were usually working with a different investigator on each case. You were never able to develop that relationship of trust with a particular investigator. And the investigator never had the opportunity to become invested in you or your cases.

Most of the investigators at the public defender’s office were former police officers.  Oh that’s great, I said when I started work and first learned this. These guys really know how things work. They know the streets and the neighborhoods. They know how to get things done.

A senior colleague just smiled when I said this. Yes, he said. But that’s also the problem. As former police officers, they don’t always like or believe our clients.

I understand that, in addition to regular investigators, the Public Defender Service in D.C. uses student investigators from any one of the local universities. This sounds like a great idea to me. Energy, creativity, and simple persistence can sometimes be more helpful than simple experience.

The flip side to working with an investigator in private practice is that, because the client is now paying for things, he or she may not be able to afford all the things you would like to have done.  This is often the case when it comes to hiring an expert witness. It is also true with investigations. I will usually spell out to the client all of the things that could be done to investigate the case. We then work together on prioritizing this list based on what the client can afford.

After some hits and misses, I am finally working with an investigator here in D.C. whom I fully respect.  My clients like and respect him as well.  He too is a former police officer.  But I try not to hold that against him.