On Sticker Shock and Legal Fees 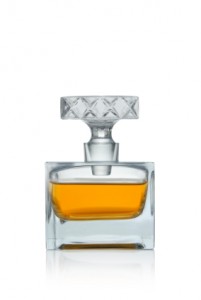 My friend is a proud guy who can also be kind of an idiot sometimes. Instead of telling the clerk that he couldn’t afford the perfume at that price, he asked her whether she didn’t have anything more expensive because, well, his girlfriend deserved only the very best.

No, the clerk responded, I’m afraid that is the most expensive perfume we carry.

My friend thanked her, nodding at her with a look of disappointment, and exited the store with both his pride in tact and his money.

I often feel like the store clerk when dealing with potential clients over the phone.

I know that there are a lot of lawyers who refuse to talk with potential clients over the phone.  Whatever works for them is fine.  I myself prefer to save both myself and the potential client the time of having them set up an office appointment if, in the end, they will not be able to afford my fee.

So I get that out of the way on the phone, usually after we have talked about the case somewhat.  If they say they are interested and would like to talk with me in person, then fine, we set up an appointment.  If they thank me for my time but say they need to speak first with their spouse, girlfriend/boyfriend or parents, that is usually a good indication that I will never hear from them again. But, like my friend, few of them will ever admit that they can’t afford my fee.  In fact, I can occasionally hear them trying to disguise the surprise in their voice.

I will occasionally lower my fee to take on a client or a case that for whatever reason I really like, but for the most part I don’t like to haggle: bargain hunters usually don’t make the best clients.  I far prefer clients who understand the seriousness of what they’ve been charged with and who are willing to pay for the legal representation they need.  If that is me, great, thank you.  If not, then I wish them all the best.

← No You Can’t
On Politicians, Sex Scandals and Egos →