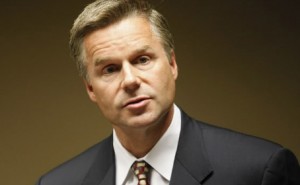 Norm Pattis has some unkind words to say about Congressman Chris Lee who, you will recall, resigned from Congress earlier this week after a woman came forward with the allegation that he had sent her a shirtless photograph of himself.

It is not that the Congressman is a cad or a fool, “posing shirtless on Craigslist and pretending to be single in the great search for a cheap seat in some floozy’s lap.”  And it is not that he is a liar, “posing as a divorced man while looking to hook up with a creature as deserving of his attention as her description suggests:  a ‘leggy glamazon’ with a thing for ‘posh spots’ on the weekend.”

No, Pattis’ beef with the Congressman is that he resigned from office as a result of “this unremarkable tabloid gossip”:

Deserting his post as a congressman because of this garden variety melodrama is foolish.  It reflects the very sort of sexophrenic hysteria that creates sex offender registries that can’t distinguish a violent rapist and child abductor from a young man who looked at some pictures, or talked dirty online to a police officer posing as a child.

Sex is everywhere in our culture. We market cars, soap and cereal with it.  We celebrate it. We show legs, breasts, and bootie every chance we get on television, online, and in print. We are a culture that celebrates and revels in desire, yet we retain a parallel Puritanical streak. Lust is good for business, but the moment some poor shmuck desires outside the lines, we swoop in like avenging angels, and condemn the sinner to the torments of Hell in the form of imprisonment, humiliation and ostracism.

Pattis then criticizes Congressman Lee for missing this opportunity to “look this hysteria about sex in the eye and say simply, ‘so what?’”:  “Mr. Lee could have taught us a lesson,” Pattis says.  “Instead, he reinforced unrealistic and destructive behaviors and attitudes.”

Pattis is absolutely right about our Puritanical and conflicting attitudes toward sex, and he is especially persuasive when he attributes these attitudes to the shameful way in which we treat people convicted of sex offenses. But, apart from capitalizing on the scandal myself through blog entries of my own, both here and earlier, I have trouble faulting Congressman Lee for his resignation, and it is not just because I think that the Congressman has already suffered enough:  the loss of his position in Congress and the knowledge that for the rest of his life he will be known as the “shirtless photograph” guy.

Short of a tell-all book by either the Congressman or someone privy to his reasoning, we may never know what motivated him to resign so quickly. Maybe, as Pattis, suggests, he overreacted. He may also have missed an opportunity to turn this scandal into a positive educational experience for all the rest of us.

But, to the extent that we can draw conclusions based on his actions, the Congressman may not be such a cad after all, nor a fool. By putting an end to the story on the very day that it broke, he spared himself the embarrassment of having this story drag out in the national media over the next couple of weeks.  More importantly, his swift resignation spared his wife and his family the humiliation of standing next to him (or of not standing next to him) as we heard from yet another politician who had strayed from his marriage and who was now vowing to make things right.

Maybe, just maybe, despite what could have been a temporary lapse in judgment, there is something to be said about family values in the Halls of Congress after all.

8 Comments on “On Congressman Chris Lee and Family Values”