Your client enters into a deferred sentencing agreement (DSA) after being charged with simple assault. According to the terms of the agreement, he must first plead guilty to punching another commuter on the metro. He then has 9 months to complete a set of agreed-upon conditions, including 40 hours of community service and therapy for anger management. 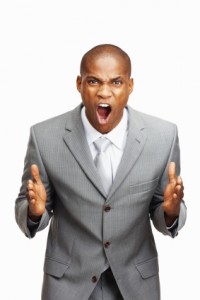 If he completes the conditions successfully, the court will allow him to withdraw his guilty plea and the charges against him will be dismissed. The important thing is that he is able to come out of the whole incident without a conviction on his record.

The client is fine with performing the community service. This is something I was thinking about doing anyway, he says. But he resists the notion that he has a problem controlling his anger.

The client is dutiful in performing all the conditions, though he does call you a couple of weeks into the DSA to complain about the community service. The list of organizations willing to host volunteers given to us by the U.S. Attorney’s Office is horribly out-of-date, something other clients have complained to you about, and he can’t get the woman from the Diversion Office to return any of his calls.  Could you intercede on his behalf?

There is a moment of silence on the other end of the phone after he has fully vented about his problems (they shouldn’t make it so difficult for you to comply with the terms of the DSA, he says), and you can’t help thinking of George Costanza’s father on Seinfeld and the phrase he uses to calm himself down — Serenity Now! – as if you can will yourself to inner calm. You also think of Jack Nicholson in the movie Anger Management:  Goosefraba, he tells Adam Sandler, Goosefraba!

Yeah, your client says before you both take a deep breath and have a good laugh, maybe anger management is not such a bad idea after all.

← “If Your Hand Doesn’t Fit, You Must Quit”
After The Snow →