Two stories in today’s Washington Post illustrate the growing role of Facebook in facilitating the prosecution of criminal offenses in the D.C. area. 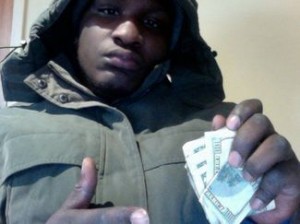 In the first, the Post describes how a 25-year-old Arlington man was arrested after threatening on his Facebook page to set off pipe bombs on metro cars or in Georgetown during rush hour.  In conversations with another Facebook user, the man talked about putting bombs on the third and fifth cars of a Metro train, where he said they could cause the most damage:  “Christmas trees were going to go boom,” he said.

In the second, columnist Marc Fischer talks about how a man went onto his son’s computer while burglarizing the house, snapped his own photograph while brandishing the cash he had just taken, and then posted the photo on the son’s Facebook page. Not too smart, unless of course the burglar wanted to be caught:  “Full frontal photo,” one of the police officers said. “That’s just great.”

Who knows whether, by arresting the Arlington man, the police averted a crime that could have killed hundreds of people or whether they brought into the criminal justice system a crackpot who, but for Facebook, would have remained forever anonymous to law enforcement.  I suppose it’s better to be safe than sorry.  At the same time, as one person put it, “A real terrorist who is going to blow up the Washington Metro wouldn’t put an advertisement on Facebook.  He’d just do it.”

It is also unclear if the police will ever catch the Facebook burglar. According to Fisher, the police rarely push too hard in investigating burglaries “because the courts almost always let thieves go with nothing more than probation.” At the same time, the photo is now on the front page of the Metro section, where the burglar can be easily recognized by his friends and family.  This should help with his apprehension. And, assuming the government can overcome a number of procedural and evidentiary hurdles, the prosecution of the case should be fairly clear cut.

All of which just goes to show you, although Facebook may not cause stupidity, it sure can facilitate it.