In Defense of Listservs: Take What You Can. Ignore Everything Else.

Scott Greenfield and Matt Brown have both warned recently about the perils of participating on a listserv.  Keith Lee, commenting on Greenfield’s site, was even more emphatic:  “The real issue is . . . who the hell still uses listservs?!?  They’re about the worst forum for exchange of information within a group.” 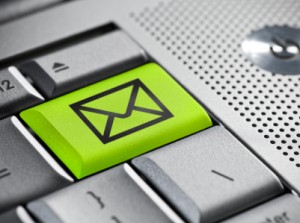 Greenfield started out the discussion by describing what he calls the “Perpetual Listserv Conundrum,” which, to paraphrase, goes something like this:  Stupid people on listservs tend to ask stupid questions. These stupid questions are answered by other stupid people.  People who might have had a clue get disgusted with the level of the discourse and no longer participate on the listserv. This leaves only stupid people on the listserv. Ergo, if you ask a question on the listserv, you will only get a stupid answer. Ergo, if you pose a question on a listserv knowing that you can only get a stupid response, you must be pretty stupid yourself.

“Yes,” Greenfield writes, “it’s a vicious circle. We each have to make a choice as to whether we want to become embroiled in the mess or just walk away.”  In addition, he writes, the problem is that listservs “tend to enable the lazy and encourage the ignorant.”  Why go to all the trouble of actually looking something up when you can get a quick and easy answer by asking “the crowd”?

Building on Greenfield’s arguments on ease and laziness, Brown writes that, because he would prefer to get his advice from “known, reliable sources,” he himself has never actually participated on a listserv.  “Creating the illusion of quick answers to important questions leads down a dangerous path.” Further:  “The questionable accuracy of the information aside, the problem with listservs really comes down to the ease of asking.  When it’s easy, people tend to revert to the kind of questioning that makes them reliant on others for everything.”

While Greenfield and Brown are absolutely right about the perils of listserv participation, I do think – contrarian that I am – that listservs can have some redeeming qualities.  The challenge is to separate the good from the bad.  And keeping Greenfield’s conundrum in mind, you need to take everything you read with a grain of salt, taking what you can use and ignoring all the rest.

Having tried out a number of different listservs, I now participate on two:  the ABA listserv for solo practitioners Solosez and a listserv for criminal defense lawyers practicing in D.C. Superior Court.

Admittedly, there are limited benefits to Solosez participation, and my level of my participation, like that of most people on the site, has gradually diminished over time.  With over 3000 participants, Solosez is a national listserv covering all practice areas and all jurisdictions, and there is no way of assessing the reliability of information you may receive.

Like Greenfield and Brown, I too have been surprised by the sheer stupidity of some of the questions that are asked there. As Brown writes:  “What would the client think if he or she knew the person taking his or her hard-earned money needed a step-by-step tutorial to do even the most basic tasks?”  Noting the stakes involved in a criminal case, Greenfield puts an even finer point on it: “The thought that keeps coming into my head is, ‘what did we do before one could peck out an email to ask a couple hundred people whose qualifications to answer are unknown, if not dubious,’ and in reliance thereon, put a person’s life at risk?”

At the same time, I have to say that I have in fact benefited from some of the social aspects of Solosez.  There is the networking I described in an earlier entry.  There is the moral support from interacting with other solo practitioners as they deal with the same challenges that you confront.  And there is the sometimes welcome distraction of listening to a diverse group of people discussing the latest issues of the day that have nothing to do with the law. This is the so-called “water cooler” part of Solosez.

I have also received tips on the practical aspects of running a law practice that you couldn’t get from even the most detailed and update how-to book:  What insurance carrier do you use?  How much should you expect to pay for a website? How do you handle phone coverage?  What experience do you have with different fax or credit card providers?  What kind of marketing strategies do you use?  Working with an experienced practitioner or mentor, however beneficial this might otherwise be, couldn’t give you the same degree of diversity in perspective.

If the Solosez listserv is occasionally helpful, I view participation on the D.C. listserv for criminal defense lawyers as a small but essential part of my practice.  It would in fact be a disservice to my clients if I did NOT participate.

The listserv is limited to a subset (Superior Court versus federal court) of a single practice area (criminal defense).  It is closed and difficult to join; the hosts want to ensure that no prosecutor, judge or law student inadvertently enters the discussion.

As such, it allows for very candid discussion. How does this judge deal with sentencing on a particular offense? Has anyone else had such-and-such experience with a certain prosecutor?  While there is no substitute for sitting in a courtroom to get a feel for the judge and the prosecutor before making your first appearance, you would need to spend weeks in that room to get the kind of up-to-date insights you can get within a matter of minutes from the listserv.

In some cases, failing to participate – at least on a well-run listserv like this one — could even lead to malpractice.  For example:  D.C. is currently in the midst of a major scandal with respect to DWI prosecutions.  The breath test machines are completely messed up, and the two officers who administered many of the DWI investigations are now under investigation for tampering with urine samples.  Although many lawyers have not been able to make the meetings of criminal defense lawyers in which we have talked about and strategized on these issues, the problems have been discussed in some detail on the listserv.

A number of lawyers recently allowed their clients to plead guilty on DWI cases in which these two officers were involved.  While there are any number of ways they could have found out about these officers, they would not have failed their clients had they participated on the listserv.

Moreover, look at it this way:  The prosecutor has a single office with a chain of command and an office-wide communication system. If the chief prosecutor wants to make sure that people are aware of a new policy or development, he can send out an email to every member of his staff.

In the end, obviously, there are good listservs and there are bad listservs.  The D.C. criminal lawyer listserv works because it draws on a narrow group of people with common interests and protects confidentiality.

Whether or not you participate on a listserv also depends on your perspective and approach. My wife doesn’t ask for advice because she doesn’t want to feel compelled to accept the advice once it has been offered.  I take the shotgun approach, seeking as much advice as I can get.  I then consider all the options when deciding for myself what path to take.

Alas, no matter how helpful a listserv may be, there are still no short cuts.  Even a well-run listserv can only be a small part of your efforts to gather information.  In the end, as Greenfield and Brown both point out, you will still need to look up most things for yourself.

← The D.C. DWI Scandal: The Latest Developments
On Whistleblowers and the D.C. Breath Test Scandal →

3 Comments on “In Defense of Listservs: Take What You Can. Ignore Everything Else.”