On Embezzlement and Larceny By False Pretenses: Why I Love the Theft Crimes in Virginia 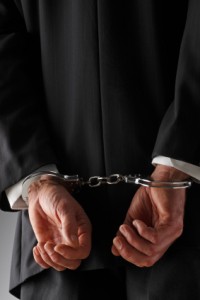 How can you not love the theft crimes in Virginia?

While most jurisdictions have combined theft offenses into a single catch-all category, Virginia continues to maintain the common law distinctions between larceny, embezzlement and larceny by false pretenses.

The keeping of these distinctions raises opportunities for criminal defense lawyers practicing in Virginia.  It also means that they get to read all sorts of cases from the late 1800s in which courts hadn’t yet seemed to figure out that you can sound lawyerly while still speaking English.  I haven’t had to struggle through the reading of a case like that since law school.

Today’s entry focuses on the criminal offenses of “embezzlement” and “larceny by false pretenses” in Virginia.

“Larceny” has traditionally been defined as the “trespassory taking and carrying away of someone else’s personal property with the intent to deprive the possessor of it permanently.”  The term “trespassory” was used to convey some type of wrong; that is, that the taking was done without the permission of the property’s true owner.   If you invited me over to your house for tea and I put an ashtray into my pocket intending to steal it from you while you were in the bathroom, that would qualify as larceny.

According to Wayne LaFave, the nation’s preeminent expert on criminal law and procedure, the British courts that originally framed the laws on larceny wanted to distinguish between the taking of property from the victim’s possession and the misappropriation of the same property once it was already in the wrong-doer’s possession. The courts’ primary interest, LaFave says, was in reducing the potential for violence posed by the risk of retaliation: People are more likely to retaliate when property was taken directly from their possession. Since larceny was considered a capital offense at that time, the courts were also interested in carving out less serious forms of the offense. Instead of simply broadening the scope of larceny, as had been done with burglary and other crimes, the courts defined two additional offenses to supplement existing law on larceny:  embezzlement and false pretenses. 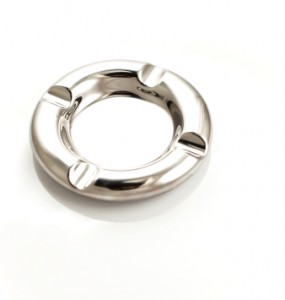 I’ll go back to the ashtray example to illustrate the differences between larceny, embezzlement, and false pretenses.

I have already noted that were I to take the ashtray without your knowledge or permission while you were in the bathroom, that would be larceny.  It would be the unlawful taking of your property against your will with the intention of permanently depriving you of it.

If, by contrast, you were to give me the ashtray to safeguard for you and I were later to decide to permanently deprive you of it, that would be embezzlement.  Embezzlement is defined as “the fraudulent conversion of property of another by one who is already in lawful possession of it.” You have willingly handed over the piece of property to me so there is no trespassory taking.  And I don’t form my criminal intent – that is, decide to steal it from you – until later.

Finally, if I were to write you a check to buy the ashtray from you knowing full well that the check would not be honored by the bank and you were to hand the ashtray over to me on the assumption that it would be, that would be larceny by false pretenses.  The key thing here, and what distinguishes this from embezzlement, is that you are passing title (i.e., ownership) of the ashtray to me, not just custody.  I also need to have formed the criminal intent in my mind at the time of the taking.

To complicate things a bit, how about if I were to tell you that I wanted to borrow the ashtray from you in order to have it appraised while knowing full well that I had no intent of ever returning to you and you agreed to allow me temporary custody of the ashtray during the appraisal?  This in fact puts us back into the category of larceny; in this case, “larceny by trick.”

Because my criminal intent arises at the time of the taking, my actions would not constitute embezzlement.  According to the definition provided above, embezzlement requires that the property in question already be in the lawful possession of the wrong-doer.  And since tricking you into turning over custody of the property to me would be unlawful, I could not already be in lawful possession of the ashtray. Similarly, because you were misled into turning over custody but not ownership of the ashtray to me, my actions could not constitute larceny by false pretenses.  Larceny by false pretenses requires that title also pass.

Confusing? Absolutely. And this is why Virginia’s failure to consolidate all three offenses into a single theft statute presents so many opportunities for criminal defense attorneys.

3 Comments on “On Embezzlement and Larceny By False Pretenses: Why I Love the Theft Crimes in Virginia”