Establishing a friendly and professional relationship with the commonwealth’s attorney and local law enforcement officers should be the goal of all defense counsel. 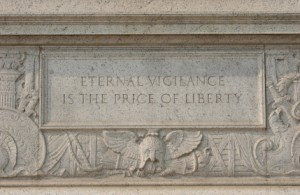 I never knew how good I had it as a criminal defense attorney in Philadelphia.

Although the pre-trial discovery rules in criminal cases are remarkably similar in all three jurisdictions in which I have practiced, the rules are interpreted differently. As suggested by the guidance above from the Virginia Lawyers Practice Handbook, there is also a major difference among these jurisdictions in the balance of power between the prosecutor and defense counsel in the application of these rules.  In Virginia, everything weighs in favor of the prosecution.

“Pre-trial discovery in criminal cases” refers to the court-enforced process by which both sides to the case – prosecution and defense – exchange information in preparation for trial.  Given the stakes involved in a criminal case, the burden is heavier on the prosecution.

Rules are one thing.  Implementation is another.  There are, for example, tremendous differences between Pennsylvania and Virginia in the way the discovery process for misdemeanors is handled.

I realize now that, as a public defender in Philadelphia, I was spoon-fed all the information I needed to prepare my client’s defense.  Based on a formal agreement between the District Attorney’s Office and the Defender Association of Philadelphia, all defense counsel in that city are provided a discovery packet well before trial that contains all sorts of helpful information. The material includes copies of all police reports; statements by the defendant, complaining witnesses, or eyewitnesses; photographs, videotapes, and recordings; and arrest/search warrants and affidavits of probable cause supporting those warrants. Depending on the case, the material could also include property receipts and seizure analyses; ballistics reports; and breath or blood test results.

And the courts enforce this agreement. A prosecutor might be able to convince a judge to continue a case one or two listings in order to provide any material that is missing. After that, the court will dismiss the case for lack of prosecution, and the prosecutor’s office is always far too busy to refile the charges.

Not so in Virginia.  While, like most jurisdictions, Virginia based its discovery rules on the Federal Rules of Criminal Procedure, it has declined to adopt many of the subsequent changes.  “Thus,” writes John Lichtenstein in the Virginia Lawyers Practice Handbook, “cases decided under the federal rules may or may not help in construing the Virginia rules on discovery.”

The Virginia Supreme Court has also set out separate rules of discovery for general district courts, the lower courts that handle misdemeanor cases.  Specifically, Rule 7C:5 requires the government to turn over only two pieces of information to the defendant:  (1) any statements given by the defendant to the police, and (2) any criminal record of the accused.

Under this rule, defense counsel needs to file a formal request for this information at least 10 days before trial. The information in practice, at least in Fairfax County, is then given to defense counsel orally.  It is not provided until the very morning of trial, during that hubbub of activity right before the judge takes the bench.  And in many cases it is conveyed to defense counsel not by the prosecutor but by the police officer or detective handling the case.

An experienced criminal defense attorney in Fairfax could only laugh when I expressed surprise.  “Yes,” she replied.  “We become impromptu lawyers here in Virginia.  We quickly learn how to try cases while knowing nothing more about the cases than what our clients have told us.”

It is therefore no surprise that so many blue pieces of paper – “guilty pleas” – are handed up to the judge each morning in Fairfax County.  It explains the strange dynamic I have seen between prosecutors and defense lawyers in Virginia courtrooms.  And it accounts for the guidance in the Virginia manual for criminal defense lawyers, reproduced above, suggesting that they make nice with the prosecutors and law enforcement personnel:  Hey, if you are really, really nice to the government people, maybe they will tell you just a little bit more about your case before it goes to trial.

In Philadelphia, I always felt that defense lawyers were on a more even footing with the prosecutors.  There was occasionally a prosecutor who didn’t seem to understand that the discovery rules, by design, favor the defendant.  But he or she could always be set straight, if not by the defense attorney then by the court.

And while the discovery rules are not quite as defense-friendly in D.C., you are dealing with Assistant U.S. Attorneys in D.C. who, if they don’t maintain an open file policy, are in general a pretty darn reasonable bunch of people.

As it is in Virginia, based on my still very limited experience in this jurisdiction, the prosecutors sit at their desk at the bar of the court or in the little room right outside the courtroom and hold court. Hoping for a slight concession or a tiny bit of information about the case to help prepare a defense, the defense attorneys wait in line to pay homage. That’s what happens when you skew the playing field.