Extortion in D.C. and Virginia: An Endangered Criminal Offense? 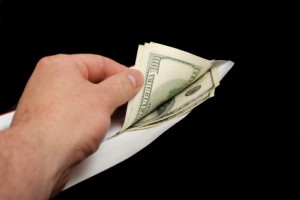 Extortion is one of my favorite crimes, a fact which, I have to admit, is usually not much consolation to the person who gets me on the phone worried that he/she may be charged with it.  At the same time, however interesting the offense may be, you rarely come across it in practice.

A former federal prosecutor told me recently that, while he can remember charging the criminal offense of extortion in both D.C. and Virginia, he never once took a case to trial.  I myself have never defended a person charged with this offense, nor do I know a criminal defense attorney who ever has. It is therefore surprising to me how many telephone calls and emails I get with questions about this crime.

Extortion is similar to robbery in that it combines two criminal offenses:  theft and assault.  Like theft, extortion involves the wrongful taking of another person’s property.  Like assault, it requires force or the threat of force.  Extortion is different from robbery in that, instead of threatening immediate force or violence, it threatens future harm, either physical or economic.

[If extortion is one step removed from robbery, then blackmail – to the extent it still exists – is two steps removed.  It too involves the wrongful taking of another person’s property.  And it too requires a threat.  The threat in blackmail, however, is not of force or violence, either immediate or in the future.  Instead, the threat of blackmail is usually one of ruined reputation, disgrace, or embarrassment.]

While extortion was originally targeted at public officials who misused their positions of trust for personal gain, the offense has been gradually broadened to include acts by private individuals.

There are two elements to the offense in D.C.  First, the person needs to obtain or seek to obtain the property of another person with the other person’s consent.  Second, the other person’s consent needs to have been coerced through “actual or threatened violence or by wrongful threat of economic injury.”  Virginia’s statute is very similar.  The only difference is that in Virginia the property or thing of value has to be actually turned over by the person being extorted in order for the crime to be completed.  Because of the threat element, the offense is punishable as a felony in both jurisdictions.