On Finding the Right Client for a Constitutional Challenge

Back in my days as a public defender in Philadelphia, there was a very defense-friendly case that we used to cite all the time in litigating a motion to suppress in a drug case. It was a fairly recent case, and the defendant who lent his name to the case was still alive. 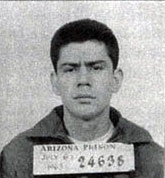 One time the man came into the office for one reason or another, and word quickly spread that he was in the building. He must have been surprised by the large number of public defenders who came down to meet him in person. It is not as though he personally had done anything to further the cause of people charged with drug offenses in Pennsylvania; it was his lawyer who did that.  But we couldn’t help dealing with him as though he were some kind of celebrity.

I was thinking about this recently in connection with what I believe should be a challenge to D.C.’s “direct breath alcohol” statute.  While the statute is clearly ripe for challenge, the question is:  Who should be the client?

While there are any number of potential obstacles to launching such a challenge, one of the biggest difficulties I see would be in finding a client willing to risk having his name forever associated with an event he probably wants to put in his rearview mirror.  Other than Paris Hilton, who would ever want such notoriety?

I have often wondered, for example, how Ernesto Miranda felt about having his name forever attached to the reading of a suspect his constitutional rights in Miranda v. Arizona.  My criminal law professor in law school told us the amusing story of how, when the news of Miranda’s death was reported in the media, the professor’s mother called him to bemoan his death: “After all,” she told her son.  “Think of all he did for our country!”

While I too can appreciate what Miranda did for our country simply by having himself arrested, I am not sure this is a sacrifice most people would gladly make.