Memories of 9/11: “He Kept The Meter Running The Whole Time” 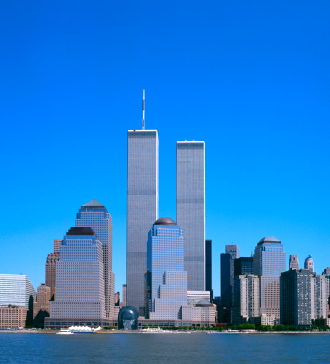 As many “where were you on 9/11” stories are told today on Twitter, I have to say that, biased as I am, I like my wife’s story best.  In Houston at the time of the attacks, she headed to the airport as soon as she heard the news to find that all air travel had been shut down. When she couldn’t find a bus or train either, she told the cabbie to drive her back to D.C., another crazy idea I wasn’t able to talk her out of. Which he did.  It took them over 24 hours of driving, with my wife spelling the cabbie for a couple of hours while he slept in the backseat.

I wish I could find the Washington Post article about it, with the photo my daughter took of the cabbie standing out in front of our house next to his rickety little car.  My wife asked him if he wanted to come inside to sleep for a couple of hours before he headed back to Texas.  No, he said.  He had earned enough money to take a couple of days off, and he was planning to take a longer way home to do some site seeing.  And, well, he wanted to get a couple of hours of driving under his belt.  And for insurance purposes, my wife said, he did keep the meter running the whole time.

For a photograph for this entry, I have chosen an old photograph of the World Trade Center — no planes, no smoke, nothing but blue sky behind the two towers. And, to be really maudlin, I can’t resist adding a quotation from one of my father’s favorite poems:  “Steeples come to nothing, shape the sky.”

← Aggravated Assault and DUI Charged in Adams Morgan Crash
On Bedtime Stories: How Criminal Defense Attorneys Explain Their Jobs To Their Children →