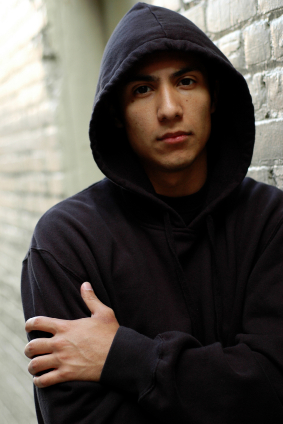 Trial begins today in D.C. Superior Court on a case that will test D.C.’s new criminal gang statute.  According to the Washington Post, five men who are allegedly members of the Todd Place crew are charged with killing a member of a rival group called the T Street gang.  In addition to first-degree murder, assault, obstruction of justice, and conspiracy, the men are also charged with violating the new statute.

Passed in 2007, D.C.’s Criminal Street Gang statute makes it a misdemeanor criminal offense to solicit, invite, or otherwise recruit another person to join what the person knows to be a “criminal street gang.”  “Criminal street gang” is defined as any association or group of 6 or more persons that either requires a crime of violence as a condition to membership or that perpetuates criminal acts as a part of its “purposes or frequent activities.”  The statute also provides that it is a felony punishable by up to 5 years in prison to “knowingly and willfully participate in any felony or violent misdemeanor” for the benefit of the gang.  D.C. Code § 22-951.

According to the D.C. Council member Phil Mendelson, the purpose of the statute is not only to hold the “actual perpetrator of a criminal offense accountable but also members of the offender’s gang who may have helped carry it out or benefited in some way.”  In addition to potential constitutional problems posed by the statute’s infringement on an individual’s right to assemble, the prosecution may have trouble proving gang membership, especially at the time of the offense.  The Post also quotes Laura E. Hankins of the D.C. Public Defender Service as saying:  “This definitional vagueness is easily subject to misinterpretation and abuse of enforcement.  A statute must be sufficiently specific to provide reasonable notice of what is legal or illegal, and the gang statute fails in this regard.”

← Signs You Have Been Working Out Of Your Home Office For Too Long
How D.C.’s DWI Statute Criminalizes Innocent Behavior →