A couple of weeks ago, I described a number of myths about the U.S. criminal justice system. One popular misconception I did not address was the question of who actually prosecutes a criminal case. You often hear people say that they don’t want to press charges. What they don’t understand is that, unlike in a civil case, it is the government that presses the charges. The victim has become a simple witness in the government’s case against the defendant. 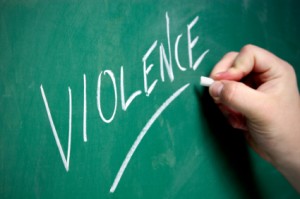 Defense attorneys are often approached by a victim in a domestic violence case who claims to have no interest in pursuing the case. Either the incident that brought the criminal charges didn’t actually happen:  “I was just mad” at the defendant and “wanted to teach him a lesson.”  Or the “victim” and the defendant have since reconciled.  We are back together again.  I don’t want to see my husband/boyfriend/baby’s father hauled off to prison for some stupid thing.

What would happen, they often ask, if I simply failed to show up for court?

The first question I always ask is whether or not the person has told the prosecutor this and, if so, exactly what the person said and how the prosecutor responded.  This could potentially bring up Brady issues; that is, the obligation of the government to turn over exculpatory information to the defendant’s attorney.

My second question is what really did happen. Depending on the circumstances, I might also call in a third party to bear witness to what the person has to say.  Or I might ask them to put it in writing.

I then deliver some version of the spiel I was taught as a public defender:  A subpoena is a court order. If you disobey the subpoena, the court could issue a warrant for your arrest.  I am an officer of the court.  I cannot advise you to ignore the subpoena.  You should contact the prosecutor.

If pressed, I will concede that, depending on the facts of the case, it could be difficult for the government to make its case against the defendant without the complaining witness’ testimony and that the chances of the court actually issuing the warrant, at least in most jurisdictions, is very small. But, again, I cannot advise you to ignore the subpoena.  That would have to be your decision.

In either event, the calling of a reluctant witness to the stand makes for some pretty uncomfortable testimony and puts the witness into an untenable position.  If the alleged incident did in fact occur, the witness can lie on the witness stand and be impeached with any conflicting statements she made previously that incriminated the defendant.  She has just subjected herself to criminal charges for perjury, an offense punishable in D.C. by up to 10 years of imprisonment.  Or she can tell the truth and become the unwilling tool in the government’s case against the defendant and watch as he is taken in handcuffs off to jail.

Conversely, if the incident did not occur or was exaggerated, she can tell the truth on the stand and be impeached with previous statements that she either fabricated or exaggerated.  She has now admitted to making a false statement to a law enforcement officer, a criminal offense punishable in D.C. by up to 180 days in jail.

As Pattis says, there is something wrong when “victims can object to punishment, address the court about a defendant, be advised about the proceeding and more or less be treated well” but “don’t have the right to tell the court that the prosecution ought not to take place at all.”  Pattis writes this in the context of a sexual assault case.  It is no less true with respect to domestic violence.

I understand it is a little bit disingenuous of me, as a criminal defense lawyer, to suddenly profess concern for the complaining witness. At the same time, whatever my bias may be in approaching the issue, I can’t help thinking that, yes, we do want to protect people in domestic violence cases from abusive spouses and boyfriends/girlfriends but we shouldn’t do this at the cost of victimizing the very people who have sought out the protection of the law in the first place.