On Simple Assault in Washington, D.C.

[While on vacation, I am reposting some of my favorite entries from the past year.] 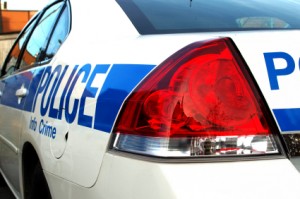 Your client works downtown.  He and his wife commute together every morning into town on the metro.  The two of them are boarding the train one morning when he feels someone pushing him from behind.  Your client initially ignores it, but the pushing continues.  Finally, your client turns around and sees another man standing behind him, also trying to get onto the train.

According to the police report, your client elbows the man.  The man elbows your client back.  “If you touch me again,” your client supposedly says, “I’ll beat the crap out of you.”

“Oh yeah?” responds the other man.

At this point, the report claims, your client hits the other man in the face with a closed fist, thereby cutting his lip.

There are two forms of misdemeanor assault – aka simple assault – in Washington, D.C.  First, there is “attempted-battery assault” which occurs when the defendant injures or attempts to injure another person. The second form,  “intent-to-frighten” assault, is defined as a threatening act that puts another person in reasonable fear of immediate injury.  In both cases, the prosecution must also demonstrate that the defendant’s act was voluntary and that the defendant had the actual ability to injure the other person at the time of the incident.  “Injury” is defined as any physical injury, however slight, and includes an “offensive touching.”

So yes, assuming the government will be able to make out its version of the incident at trial, the prosecution will probably meet its burden with respect to the elements of simple assault.  This assumes that the supposed victim shows up for court.  It assumes that he can testify with sufficient credibility and that he doesn’t have a string of arrests of his own for violent behavior.  And it assumes that you do not have a credible witness – either your client or a bystander – to offer a different version of the same incident.

In addition, there is probably not a good self-defense argument.  Yes, the other guy may have started it.  But it is unlikely a court will find that a blow to the face with a closed fist was a proportional response to the initial provocation.

One option for a first-offender in D.C. is to seek a deferred sentencing agreement (DSA).   A DSA is an agreement between the prosecutor and the defendant.  According to this agreement, the defendant agrees to plead guilty to the charged offense. The defendant then has a particular time period – usually 6 months to a year – to complete an agreed upon set of requirements. In a simple assault case such as this one, the conditions could include community service, an anger management class, a stay-away order, a fine to the Victim’s Compensation Fund, and/or a written apology.

There are a number of obstacles to a DSA.  First of all, as with all diversionary programs, the DSA is entirely discretionary with the prosecution.  You can sometimes get a judge to pressure the prosecution into such an agreement, but for the most part, prosecutors need only do it if they want to.

Second, as in any case in which there is a victim to the alleged offense, the prosecution will normally not consider a DSA unless the victim consents. And this is not going to happen if the victim has a bone to pick with your client.

Finally, the DSA requires the defendant to stand up in open court and acknowledge guilt.   Some clients, feeling falsely accused, don’t want to do this.   Why should I plead guilty to something I didn’t do?  Why should I give up my constitutional right to a trial?

You need to look at the strength of the prosecution’s case and the strength of your own case in order to help your client to arrive at the right decision.  Clearly, you don’t want a client to plead guilty to something he or she didn’t do.  At the same time, again depending on the specifics of the case, your client may not want to risk jail-time, probation and/or a conviction on his record if you take the case to trial and lose.

Your client in this case is a large man but he has a gentle disposition. He has a good sense of humor, and he speaks fondly of his wife and their future together.  He regrets his involvement in the unfortunate incident, and decides he wants to accept the DSA.  He is not happy that he needs to stand up in open court and admit guilt.  But he takes the long view:  He doesn’t want to take the risk of ending up with a conviction on his record.

Your client looks at the sheet of paper you hand him outside the courtroom that lists the organizations for which he can complete the 40 hours of community service.  Yes, he says, I have always wanted to do this type of thing.  Now I finally have the excuse.

← On Norm Pattis and “The Happysphere”
On DWI, Diversion, and Prosecutorial Discretion →