The Potential Client From Hell 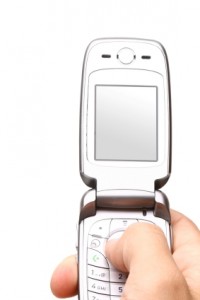 There is a male voice on the other end when I answer the phone.  “I’m looking for a lawyer,” he says. He sounds pleasant.

“First of all,” he says.  “I’d like to know about your experience as a lawyer.  I see from your website that you used to be a public defender.”

“But you don’t have to be a lawyer to be a public defender.

I laugh.  “Actually,” I say, “public defenders ARE lawyers.”

We go back and forth on this a bit.  He seems pretty insistent, and I can’t help thinking of something a client once told a colleague after the colleague had won a case for him:  “You are very good,” he told her.  “You should think about going to law school so that you can become a real lawyer.”

“Public defenders are lawyers,” I say again to the man on the phone, but I have already concluded that I don’t want this client.

“I do have some experience in this area,” I say.  “But I can’t tell you in all honesty that I am absolutely passionate about it.  Maybe you should talk to a different lawyer.”

At this point I hear some chuckling on the other end of the line, and the man identifies himself as my colleague, California criminal defense lawyer Brian Gurwitz, author of the In Your Defense blog.  Though I consider Gurwitz a friend through email and our blogs, I have never actually spoken with him before.

“Gurwitz you snake,” I say.

He laughs.  “I get some of that as a former prosecutor,” he says.   “I thought you deserved it as a former public defender.”  Gurwitz IS a snake but I think learned something today.  Who knew you needed a law license to be a prosecutor?

← Images From Abu Ghraib
On Norm Pattis and “The Happysphere” →

7 Comments on “The Potential Client From Hell”