On Working A Case With A Colleague 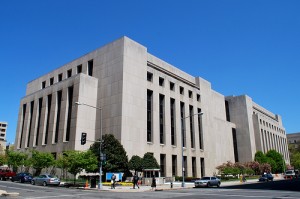 One of the things I liked best about being a public defender was the camaraderie with other defenders. Whenever you had a question, you could run to the office next door. If the question came up while you were in court, there was always a defender standing out in the hallway or in the courtroom next door. Other defenders were also there to offer moral support; there was always someone to listen to your war stories or immediately agree with you every time you thought a prosecutor was being unreasonable.

Being a solo practitioner can be more isolating. Yes, you can always hang out with other attorneys in the cafeteria or attorneys’ lounge. And, yes, after almost a year of practice in D.C., I now know many of the attorneys roaming the halls of the Moultrie courthouse. But my office is not on 5th or D Streets, which is where many of the criminal attorneys have offices, but in Georgetown, and during the hours I spend in the office I am usually on my own.

My wife and I share the Georgetown office. More accurately, it’s my wife’s office, and I share it with her and her employees. But her firm doesn’t do any criminal work. My wife herself is often out of the office on business. And her associates look at my clients coming in with a mixture of curiosity and fear. There is, in short, no one to sit around with discussing trial strategies and theories. 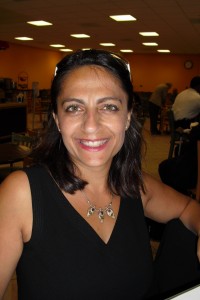 Seddiq and I recently collaborated on a case that was scheduled this morning for trial. Seddiq brought the client in but, because she has not yet been admitted to the D.C. bar, she referred the case to me. She did agree to stay in on the case in a consulting capacity, and it has been productive – and fun – to work with her on it. She has a way of getting a complaining witness to open up before trial. She also agreed to play devil’s advocate during pre-trial preparations with the client.  I tell you, this is a woman with some experience. This is a woman with some skills.

This morning Seddiq and I trooped down to the Moultrie Courthouse for trial. We were loaded for bear. We had our trial notebook, our photographs and our floor plan on poster board, and two witnesses flown in from Boston. And, for extra inspiration, we had an eyewitness for the government who made the mistake of smirking at us from across the hallway as we waited for the courtroom to open.

And then the whole case was dismissed for lack of prosecution. Five minutes in the courtroom and the case was over.

It was a good outcome for our client, and it was gratifying to see the client’s relief in the hallway afterward. But I have to admit, I also felt a tad bit let-down. Yes, the dismissal spared the client the stress of a trial and the risk of a conviction. At the same time, an outright acquittal would have spared the client the possibility, however negligible, of re-arrest and re-prosecution. From a purely personal standpoint, I felt like a warrior must feel when truce is declared.

I didn’t see the eyewitness as we left the courtroom, but Seddiq assures me that she made sure to smile at him politely on the way out.  She says she didn’t notice if he was still smirking.

← On The Fallibility of Eyewitness Testimony
Ode to Colin Samuels’ Mother →

2 Comments on “On Working A Case With A Colleague”