On the Tyranny of Court Personnel

Although Philadelphia is famous for the corruption within its government and police force, my wife and I were still taken aback to encounter it in person upon moving to the city in 2002.  I, for example, was surprised by the pervasive cronyism and nepotism I encountered within the city’s court system, something the people there seem to take for granted. 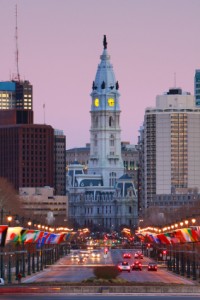 Most court clerks, criers, and “tipstaff” owed their jobs to some type of political or familial connection, and, as with anyone with this type of connection, many did not appear to be too afraid of losing their job. One time a court clerk – somebody we not so affectionately referred to as “Fat Danny” – was caught rigging the schedules so that the list would be shorter on the days in which he worked. As it turned out, this meant that many of our clients ended up spending a week or two more in custody than they needed to. Fat Danny was not fired, as we had expected he would be. As far as I know, he is still shouting at clients and playing spider solitaire on his computer while the rest of the room waits for court dates.

Since many courts did most of their business in the morning, adjourning in the mid-afternoon, most of the court personnel had second jobs.  This often created problems for defense attorneys interested in spending a little time on cross-examination. The attorneys had to ignore the groaning and dirty looks every time they began a new line of questioning.  The judges either weren’t aware of this behavior or, eager to get to the hair appointment or golf course themselves, decided to overlook it.

Another interesting phenomenon was the jostling among private attorneys to get their cases called early each morning so that they wouldn’t be late to other listings. This was never a concern for public defenders, who would be there the whole day anyway.  But it was interesting to watch. Most judges deferred to the court crier in deciding which cases to call.  And, with some exceptions, the criers seemed to call the cases for their friends first; namely, those lawyers who were able to curry the most favor. As a result, we all knew far more about the personal lives and interests of the court personnel than we ever wanted to.

It was therefore refreshing, upon moving back to D.C. last summer, to find that the D.C. court system seems to be run far more professionally.  Judges take the bench on time, and exert far more control over the running of the list.  And, while each courtroom may have a slightly different system, there appears to be a reason for the system.  Some judges call the trial schedule first and then the status list.  Some judges move sequentially through the list.  Others take a first-in, first-out approach for lawyers appearing before the court.  However it is done, the system appears to be both transparent and fair.  And the predictability certainly makes things easier for the attorneys.

Even after spending a year in the nation’s capital, my 15-year-old son continues to list the many reasons Philadelphia is so much better than D.C., and it occurs to me that he may not have considered this particular advantage to D.C. This may finally be the factor that tips the balance in favor of D.C.  Or not. But it sure makes his father’s job more pleasant.