On The Ethics of Blogging About A Client 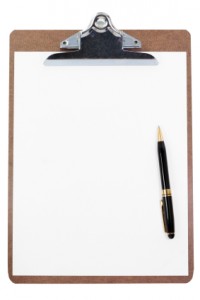 I don’t own my cases, and they aren’t mine to write about.  They belong to my clients, and my clients don’t want the worst experience of their lives strewn across the internet.  I respect that, so I don’t kiss and tell.

While I consider myself an ethical person and an ethical lawyer, I am not an expert on legal ethics, and I often struggle with the question of whether and to what extent I should write about clients in conceptualizing and drafting a blog entry.

The question is not whether to betray client confidences.  That one is easy — it’s an absolutely no-no – and would include situations, as Scott Greenfield has cautioned, in which something a client told the lawyer in the context of the attorney-client relationship could unconsciously seep into the blogger’s entry.

The question is also not whether a client reading a blog would recognize him/herself in an entry and feel embarrassed by it. This would violate, among other things, the lawyer’s duty of loyalty to the client. As Mirriam Seddiq has pointed out, we have no interest in humiliating our clients publicly, even if everything we might write is included in the public record.

No.  The answer to these questions is pretty clear.

At the same time, recognizing that the specifics of a case can often make a blog entry come alive, the question I have struggled with is the extent to which there may be  circumstances in which we can write about clients without violating any ethical or moral duties to the clients, without violating their trust.  In other words, can we have our cake and eat it too?

How about writing about hypothetical clients? As any fiction writer knows, the characters that emerge in a short story, novel or play are often composites of people the author has known in real life. Blonde Justice, for example, talks about “truthiness” in the posts she writes about clients. A couple of years ago, she posted a funny piece in which she described a conversation with a client about “double jeopardy.” It is possible that she did in fact have this conversation with a particular client. More likely, she took a number of misconceptions she has heard about “double jeopardy” from multiple clients and, using some creative license, combined them into a single conversation for the purposes of her blog.

Alternatively, how about if we got the client’s permission to write about his or her case?  A couple of days ago, I wrote about watching the recorded interrogation of a client and, in this case, the client I had in mind while writing the blog entry was very real.  I justified my posting of this entry a number of ways.  First, I told myself that there was nothing specific to my client in this entry other than the fact that he had agreed to give a statement without his lawyer present, that he repeated the same story eight times, and that the recording continued to run even after the detective had left the room.

Second, I told myself that the story I told was not the client’s story but my own story. It was not the story of a person facing custodial interrogation without a lawyer present but the story of a lawyer watching his client being interrogated and wondering what was going through the client’s mind.  (In my world, after all, everything is really about me.)  Finally, I emailed the client the entry in draft before I posted it and asked him if he would have had any objection to my using it.  He emailed me back with his blessing.  He said he was flattered by the attention. 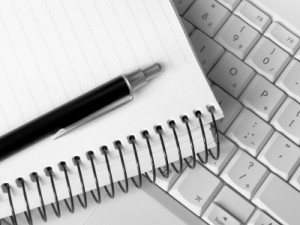 Did I violate any ethical or moral duties to this client by posting the entry?

The safest course, obviously, would be to draw a line in the sand and to decide never to write about a client or a client’s case. Scott Greenfield has said, for example, that he does not write about clients or their cases.  I could say to Greenfield, yes, but how could you hold out on us like this?  How could you not draw from your own experience with specific clients and cases to enlighten the rest of us?  To which Greenfield would reply:  This is not about you. This is not about making my blog entries more interesting and more relevant to you. This is about my clients.  And it is about my duty to the clients.  Why take any chances when it comes to the client’s life, rights and interests?

This is the decision Greenfield has made, and I respect it.  It is not, however, one I believe needs be made, at least not to the same extent.

But writing about composite or fictionalized clients is another matter.  A couple of months ago, I wrote about a client who entered into a deferred sentencing agreement on an assault case.  Toward the end of the entry, I described how the client reacted to the prospect of pleading guilty to an offense when he didn’t really feel that he had done anything wrong:

Your client in this case is a large man but he has a gentle disposition. He has a good sense of humor, and he speaks fondly of his wife and their future together.  He regrets his involvement in the unfortunate incident, and decides he wants to accept the DSA.  He is not happy that he needs to stand up in open court and admit guilt.  But he takes the long view:  He doesn’t want to take the risk of ending up with a conviction on his record.

Your client looks at the sheet of paper you hand him outside the courtroom that lists the organizations for which he can complete the 40 hours of community service.  Yes, he says, I have always wanted to do this type of thing.  Now I finally have the excuse.

I received a number of emails shortly after I posted this from people who told me they had identified with the man in the story. I was pleased to hear that the composite character I had created seemed real to people.  But the character wasn’t real in the sense that he was based on any one person.

Good fiction is usually grounded in real-life experience, and can contain as many truths as any story taken out of the newspaper. Through the careful use of some creative license (the “truthiness” that Blonde Justice refers to), the blurring of both details and timeframe, and the jumbling of identities, we can draw from our experiences with real-life cases and clients without compromising either the interests of those clients or our ethical duties to them. Even if in the end the composite client exists only in the mind of the blogger who created him, the story is no less interesting, no less illuminating.  These clients don’t exist; and yet they do.

8 Comments on “On The Ethics of Blogging About A Client”