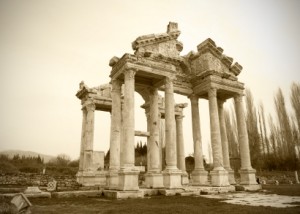 A couple of years ago I was attending a formal luncheon with my parents and found myself seated next to what turned out to be one of the nation’s preeminent experts on ancient Greece.  I should tell you that, while I spent quite a bit of time in Greece as a youth, I can count on one hand the number of things I know about ancient Greece.  I should also tell you that I know only two words of ancient Greek:  Asine te, which mean “and Asine.”  I know these words from a poem in which, quoting from The Iliad, my father wrote about the ancient ruins of Asine.

So I am sitting next to this guy and there are a few awkward moments until we find a topic of common interest, which turns out to be modern Greece.  I tell him I used to spend my summers in a little fishing village called Tolo in the south of Greece and we talk about that for a little bit.  Then he, the expert on ancient Greece, notes that, yes, Tolo is right next door to Asine.  And, he continues, Homer actually mentions Asine in The Iliad.

This is one of those rare, lucky moments in which some trivial thing you know suddenly becomes important.  I’m feeling like Cliff the Mailman in Cheers when he makes it onto Jeopardy and finds out that all the answers concern the U.S. postal service.

“Yes, that’s true,” I say to the expert and to the other people at the table who have been listening to our conversation.  “But it was only a single mention, the last city mentioned in a long list of cities that sent ships to Troy.” And then I quote the passage directly using the only two words I know in ancient Greek:  “Asine te.” 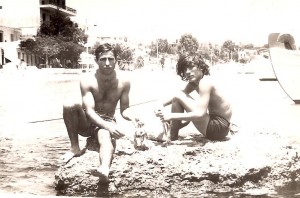 You should have seen the surprised look on his face.  You should also have seen the pride on my parents’ faces though, if they had thought about it, they would have realized how I happened to have this information at my fingertips.

I was thinking about this story in connection with a client’s decision on whether or not to take a case to trial. While I have already discussed many of the considerations that come into play in making this decision, the one factor I have not discussed is the potential role of luck.  Specifically, I have not discussed how by waiving your right to a trial, you could be foreclosing the possibility of some good luck that could have tipped the case in your favor. And by “luck,” I am not referring to the “The harder I work, the luckier I get” luck.  I am referring to real luck.

Since I have recently been representing a lot of clients who, charged with simple assault, have been offered a non-trial diversion program, I will use this as my example.

As I have discussed elsewhere, a diversion program, if offered by the prosecution, is sometimes the wisest choice for a client.  It is certainly the safest one.  There are always risks in taking a case to trial.  And the advantage of a diversion program is that you can take complete control of your case.  You perform the agreed upon conditions (for example, an anger management course, community service, an apology, and/or fine to a victims’ compensation fund in a simple assault case) and the government will dismiss the charges.  You come out of the whole unfortunate experience without a conviction on your record.

At the same time, by waiving your right to trial, you could also be foreclosing the possibility that some last minute and unanticipated development could tip the case in your favor at trial. 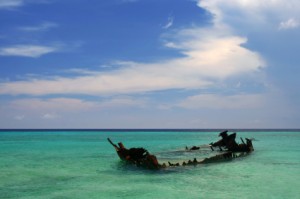 There are two such possibilities that immediately spring to mind.  The first possibility is that the complaining witness or key government witness fails to show up on the day of trial.  Your lawyer will usually have a pretty good idea from discovery and from talking with the prosecutor how “motivated” the witness may be.  For example, someone who is emotionally caught up in the case is far more likely to show up than a more dispassionate bystander.  But sometimes even the most motivated witness will, for whatever reason, fail to appear.  In this case, absent a legitimate excuse offered by the prosecution, the court is likely to dismiss the case for lack of prosecution.

The second possibility is that the witness shows up for court but ends up testifying completely differently than anyone expected him to.  Again, your lawyer should have a pretty good idea through both discovery and investigation how a witness can be expected to testify.  In fact, your lawyer will have already factored this assessment into his or her advice on whether or not to take the case to trial in the first place.  But a witness can sometimes surprise everyone with his testimony.  Maybe he gets rattled.  Maybe he has a change of heart.  Maybe he just doesn’t remember.  But you’ll never know this — and you’ll never be able to take advantage of it — if you have waived your right to a trial, if you have truncated the process without putting the government to its full burden, in order to take advantage of a diversion program.

There are many considerations that factor into the decision on whether or not to take a case to trial.  While you can spend a lot of time assessing, weighing, and evaluating these considerations, there is no mathematical formula for arriving at the right decision.  And there is no accounting for the x factor, the unknown variable that would include the role of luck or fortune or happenstance, the many uncontrollable and unpredictable things that could go wrong with the prosecution’s case against you.

Sometimes you get lucky.  Sometimes you don’t.  And when you do get lucky, you think, gee, I better not say another word for the rest of this lunch. Whatever favorable impression I may have given, this guy might eventually figure out that the grand total of the number of words I know in ancient Greek is two.

← On Jon Katz, Texas Hold ‘Em, and Fantasy Football
The Good, The Bad, And The Ugly On The Internet →