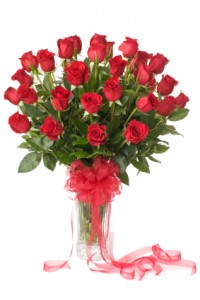 If your client is John Cusack in Say Anything, he stands outside her house with a boom box on his shoulder blasting out “In Your Eyes.”  Iona Skye, the woman in the movie, loves this.  He wins her back.

Your client doesn’t do boom boxes. He does text messages. Lots and lots of text messages. He doesn’t get the woman back. Instead, he ends up on the wrong end of a temporary restraining order. The purpose of today’s hearing is to determine whether the court will turn this temporary order into a year-long Civil Protection Order.

The girlfriend testifies. She is attractive, well-spoken, assertive. Her lawyer leads her through the relationship in pain-staking details.  You can feel your client, seated next to you at the counsel table, slumping lower with every embarrassing revelation.

It is now time for your cross-examination.  You know many things about this woman, many personal and embarrassing details, and you briefly consider how you might use some of these details against her. But you decide this is not the right approach. You don’t want to bully, embarrass or victimize her. It is your client you want the judge to sympathize with, not his accuser.

You focus first on context.  Yes, she admits, the relationship early on was loving and tender.  Your client was always gentle.  No, there was never any physical violence or threats in the relationship.  Yes, we communicated often through text messages.  Sometimes five or six messages a day. And by phone.  And by email.  And through Facebook.  And, yes, the breakup may have been a surprise to your client.  It shouldn’t have been, he was missing the signals, but, yes, I grant that it may have seemed sudden.

Now you turn to the text messages, the major evidence against your client, the weapon she claims he used to threaten, stalk, and harass her.  You approach the witness and you hand her the stack of the messages she had carefully printed out from her cell phone.  You ask her to read a few of them.  You want the judge to get a sense for the loving and tender tone.

She obliges, but as you are walking back to the counsel table, she accuses you of cherrypicking.  “You only had me read the nice ones,” she says. 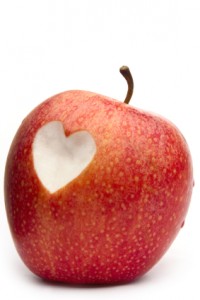 You stop and turn, and you smile.  She’s right.  You did pick out a few of the nicest ones for her to read.  “Buenas noches y duerme con los angelitos” which she translates for the judge as “good night and sleep with the angels.”  Or:  “I woke up early missing you.  Remember to dress warmly.”

You don’t discipline her for being an uncooperative witness, for speaking when there was no question on the floor, the way you normally would.  Instead, you head back to the witness stand and you hand the pile of text messages back to her. “You’re absolutely right,” you say.  “I did pick out the nicest ones for you to read.  In fairness, is there another message you would like to read for the judge? Go ahead.  Pick out another one yourself and read it to the court.”

She looks so pleased with herself, you wonder if she has forgotten what it is included in the pile of text messages she herself printed out.  There is not a negative word in the whole lot.

She skims through them quickly, slowing down when she gets toward the end. “Ah,” she says finally and reads one out.

“Thank you,” you say when she has finished. “But that one has already been read.  Is there another one you could pick out that His Honor has not already heard?”

She starts going through the messages again.  When she comes to the end of the pile, you think for a second that she might go through the stack a second time.  But she doesn’t.  Instead, she hands the pile back to you. “Maybe it’s not what was said,” she says, “but how it was said.”

How it was said.  Yes, and this is what makes this whole thing so sad, so depressing.

These two people, you think, were once in love.  The very same words – “I love you, I need you, I want to spend the rest of my life with you” – were welcome, perhaps cherished, in one context.  In another context, they became the weapons that threatened and terrified this woman.