As a writer and journalist, Joe McGinniss sure has a knack for becoming a part of the news instead of simply reporting on it. 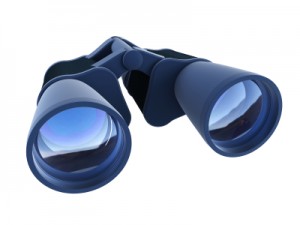 I have written over the last couple of months about McGinniss’ role in the Jeffrey MacDonald case. McGinniss, if you will recall, befriended and lived with MacDonald prior to and during the latter’s murder trial in the late 1970s. He stayed in a bedroom in MacDonald’s home and ate home-cooked meals prepared by MacDonald’s mother, all while assuring MacDonald he believed in MacDonald’s innocence. He reportedly even became a formal member of MacDonald’s  legal defense team.  While the arrangement certainly provided McGinniss special insights into the mind of the subject he was reporting on, it also raised certain ethical issues.  In fact, McGinniss eventually settled a lawsuit brought by MacDonald for $350,000.

I have thus been interested in reading about McGinniss’ latest controversy, this one involving the subject of his latest book, Sarah Palin. According to the Washington Post, McGinniss recently rented a house right next door to Palin’s home in Wasilla.  He plans to live there while putting the finishing touches on his biography of the former governor.

Sarah Palin posted on Facebook that she learned about her new neighbor upon returning from a series of rallies to find him “peering” over onto her property from the back porch of house next door.  “Welcome, Joe!” she writes. “It’ll be a great summer – come borrow a cup of sugar if ever you need some sweetener. And you know what they say about ‘fences make for good neighbors’? Well, we’ll get started on that tall fence tomorrow, and I’ll try to keep Trig’s squeals down to a quiet giggle so we don’t disturb your peaceful summer. Enjoy!”

According to the Post, Todd Palin also paid McGinniss a little visit on Monday not to deliver a welcome card and casserole but to complain about an earlier piece McGinniss had written about Palin’s wife.

Said McGinniss:  “He took off on how my Portfolio piece was a bunch of lies, and a smear, and all this and all that, and he said, ‘You going to be putting in the microphones in now and the surveillance cameras?’  I said, ‘Listen, you don’t know how lucky you are that I’m renting this place because that’s exactly what’s not going to happen as long as I’m here.  I won’t see you, you don’t see me, this will be fine.’”

Apparently, unlike MacDonald, the Palins didn’t have an extra bedroom to accommodate him. Stay tuned.

← Attorney and Client, Passing In The Night
On Jon Katz, Texas Hold ‘Em, and Fantasy Football →