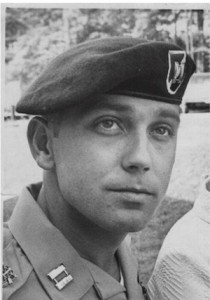 The U.S. Court of Appeals for the Fourth Circuit today denied the government’s motion to dismiss the defendant’s appeal in the case of United States v. Jeffrey MacDonald. As I discussed in greater detail in an earlier post, MacDonald has always maintained that he was a victim, not the perpetrator, of the murders. MacDonald’s appeal is based on grounds of actual innocence.

In addition to denying the motion to dismiss, the court expanded the range of issues that will be decided during the appeal. For example, it ordered both sides to submit further information/argument on the significance of court-authorized DNA test results.  According to a press release issued by MacDonald’s supporters, DNA tests of hairs found under the fingernail of MacDonald’s two-year-old daughter and under the body of his wife were “unsourced.”  The court will also examine potential misconduct by trial prosecutor James Blackburn, who was later disbarred and imprisoned for crimes of dishonesty.

I talked this afternoon with Kathryn MacDonald who said she was “heartened” and “thrilled” by the news:  “I couldn’t be more gratified that the 4th Circuit is recognizing the significance of the evidence as a whole, especially the DNA evidence.  It renews my faith that the truth matters.  I have never accepted that an innocent person stays in prison.”

← DWI in Arlington and Alexandria, Virginia
Starting Your Own Law Practice is a Leap of Faith →