On Visiting the Supposed Crime Scene 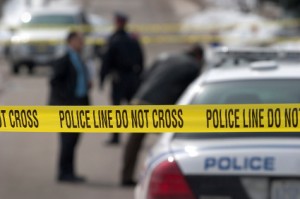 As a public defender, I tried to visit the crime scene as often as possible.  Although I was never able to actually break a case by doing this, that is, find that piece of evidence that would exonerate the client, the visits always provided important information. At the very least, you get a feel for the scene.  Sometimes you see things that never would have occurred to you had you tried to simply imagine the scene in your head. And the knowledge you gain allows you to control the government’s witness on cross examination.  (The difference between the witness’ recollection of the scene and your own is that the witness was merely at the scene, presumably when a lot of other things were going on at the same time.  You were paying attention when you were there.)

People are usually pretty accommodating in allowing you to visit a particular crime scene, though I have to say I have been thrown out of one or two establishments. I think in particular of a nasty restaurant manager in South Philly. In addition, I will never forget the look of betrayal I once saw on the face of a kindly old woman who had escorted me around her church in a burglary case.  Although I had explained to her exactly who I was and what I was doing there, I’m not sure it quite dawned on her that I was the bad guy until she showed up on the day of trial and saw me standing at the bar of the court with the defendant.

But, with the heavy caseload at the PD’s office, it was impossible to visit the supposed crime scene all of the time, or even much of the time.  And that’s one of the advantages of private practice.  I can now visit every crime scene.

An investigator can do much of the leg work for you.  But, apart from the added expense for the client, even a very capable investigator cannot anticipate all of your trial needs.  And there is no substitute for being there yourself.

Yesterday I headed over to an apartment building with a client to investigate a particular incident that led to criminal charges. Mirriam Seddiq of Not Guilty No Way fame came along with us for the ride.

We sat down in the D.C. Superior Court cafeteria beforehand to map out our strategy. My client laid out the floor plan on a piece of paper. Our plan was to get in and out as quickly as possible. My client and I would walk through the front lobby to the freight elevator at the back of the building so that he could show me where everything supposedly happened. Mirriam would hang around casually, trying to glean information from the security guard at the reception desk.  We knew there were other people who had witnessed parts of the incident.  We wanted to find out who they were and what they had seen.  We were also hoping she could distract him. 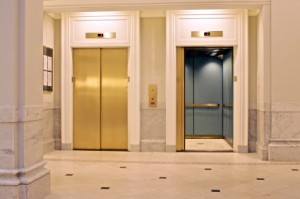 Mirriam laughed when we suggested this part of the plan to her, but she agreed. Hey, Mirriam is a well-known “grizzly bear” when it comes to this type of thing. Accuse us of sexism if you want, but the client and I both thought a pretty and petite woman such as Mirriam would be much more successful in extracting the necessary information than an ugly, middle-aged man such as myself.

The plan didn’t work out quite the way we had intended. Two of the after-the-incident witnesses were standing outside of the building when we arrived, and Mirriam went ahead and started to do her thing.  What did they see?  Who else was there, etc.?

While she initially had them talking, they clammed up as soon as they saw the client and me in our suits, fresh from court, and our camera. You guys looked like you were here to buy the building, they said. Then they recognized the client. We could go into the lobby, they said, but there been a flood at the building that day, and we would need to speak to the apartment building manager for permission to go back to the freight elevator.

We waited until the two men went back into the building.  Then we went around to the loading dock at the side of the building to see what we could find. Mirriam and the client hung back while I went in search of another way into the back area. There, separated only by a locked door and a maintenance man rinsing down the loading dock, I came tantalizingly close to the freight elevator.  But no luck.  Although the maintenance man didn’t speak much English, it was pretty clear he was not going to let me pass.  It turns out he does know the words for “manager” and “permission.”

We were buzzed into the lobby of the building, and Mirriam and the client hung out there while I went in search of the manager. It turns out the manager was in a meeting, but his assistant told me she would be glad to have someone escort me there.  She walked me back to the lobby and directed the woman at the reception desk to call someone to take me.  But when she asked me for a card and I told her I was a lawyer, her demeanor changed completely.  No, she said.  I would need to talk to the building manager, and he would make me get a court order.

The manager was not available then, and he doesn’t return my calls.  Looks like I’ll be doing a court order.

Now that I know the layout, I will be able to go back to the building without the client.  I’ll lose the suit and Mirriam’s little pink camera. The visit may not add anything to my client’s defense.  Then again, I’ll never know until I see it for myself.

2 Comments on “On Visiting the Supposed Crime Scene”