On the Dearth of Female Criminal Defense Attorneys in D.C.

Mirriam Seddiq posted a humorous piece yesterday in which she bemoaned the lack of female criminal defense attorneys in the D.C./Virginia/Maryland area. She took an informal poll on the ABA listserv for solo and small firm practitioners and discovered that of the 21 criminal defense attorneys who responded, only seven were women. And of those seven women, two did research and writing for someone else. 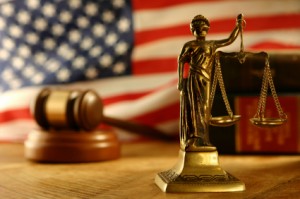 “I want those seven chicks to be my friends,” Seddiq writes.  “I want them to come out and play . . . I imagine drinks in the District at some chic bar, telling war stories . . . Someone who will let me borrow her lipgloss in the courthouse bathroom or honestly tell me my butt looks big in that suit.”

Based on my experience in Philadelphia, the same would also seem to be true there, at least with respect to privately retained attorneys. And, of the few privately retained female lawyers I did know there, most of them were working for other lawyers, all male.

Interestingly, female public defenders in Philadelphia far outnumber the male.  Women currently account for almost 75% of the 215 attorneys on staff at the Defender Association.

One of my colleagues there explained the imbalance there as follows:  A lot of young defenders fall in love with each other at the office and get married.  Hey, you’re working hard and you don’t have much time to meet other people.  You have common goals, common experiences, etc.  Eventually, after a couple of years, both husband and wife begin to think about going into private practice.  But private practice can be risky.  So you decide as a couple that one of you will stay at the defender’s office to keep the steady salary and the benefits.  The other will strike out into private practice.  Who is it that normally stays?  Well, according to my colleague, it is usually the woman.  My colleague then named at least six or seven cases in which a female defender had a husband in private practice.

The problem is, this theory can explain only a small part of the phenomenon.  And it doesn’t account for the actual hiring decisions of the defender’s office. I was one of only about 6 or 7 males, for example, in my class of 20 new attorneys.

So, how do you explain it?  Are women more oriented toward public service?  Are they more committed to the defense of the indigent?

My wife, who does not do criminal law, was hired directly out of law school by a big firm here in D.C. Women accounted for slightly more than half of all the attorneys hired that year.Today, many of the male members of her class are now partners there. But we don’t know of a single woman from her class who is still at the firm. Many women took themselves out of the work force after having children. Others moved to public service jobs. Still others are who knows where.

Again, how to explain this phenomenon? Are women more public service minded?  More keen on maintaining balance in their lives?  Who knows.

As for Seddiq, I am sorry there aren’t more female defense attorneys in the D.C. area for her to play with, to share lip gloss with. In the meantime, lacking such companionship, I hope she will continue to hang with the guys.  We know, for example, that she sure can play a mean game of Texas Hold ‘Em.

← Michael P. Malone’s Other Victims
Latest Twist On The Car In Our Front Yard →

5 Comments on “On the Dearth of Female Criminal Defense Attorneys in D.C.”