“Hamilton Burger” At The Bus Stop

Regular readers of this blog know that I look for any occasion to tell a story.  The recent re-appearance on this site of the elusive “Hamilton Burger” has reminded me of a story he once told me. 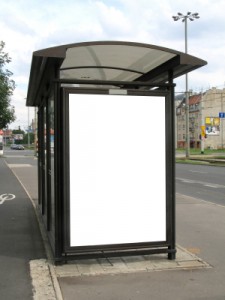 Once upon a time, before he became the coddled trial lawyer he is today, Mr. Burger was a young and promising prosecutor in a major U.S. city. Fresh out of law school, he was prosecuting a particular defendant with such zeal that the defense lawyer warned Mr. Burger that defendant was beginning to take it personally.  I can’t remember exactly what happened with the case, but I think Mr. Burger’s efforts resulted in the defendant spending some time in jail.

Mr. Burger didn’t think much of any of this until he was standing one night alone at the bus stop.  (The Mr. Burger of today would never take the bus.  Let me just say that, until recently, there was a very expensive foreign sports car in Mr. Burger’s garage.)  Suddenly, a man approached from out of the shadows whom Mr. Burger quickly recognized as the defendant.

“Hey you,” the man said to Mr. Burger in a very menacing way.  “Do you remember me?”

Mr. Burger was concerned for his safety.  He was also quick-witted.  “Yes,” Mr. Burger said.  “I remember you very well.  And I sure hope that you are staying out of trouble.”

Good story, right?  Hey, if Mr. Burger wants to tell his own stories, he can start his own blog.  Or he can take me up on my offer to do more guest entries here.

← OAG Sends Out Form Letter on D.C. Intoxilyzer Problems
“. . . steeples, come to nothing, shape the sky” →