DWI/DUI: What NHTSA Does Not Tell Us About the Horizontal Gaze Nystagmus (HGN) Test 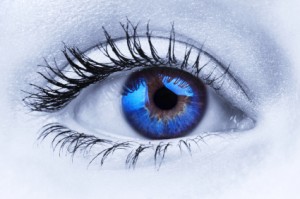 According to the National Highway Traffic Safety Administration (NHTSA), the horizontal gaze nystagmus (HGN) test is a proven and scientific method for determining whether or not a person is intoxicated. NHTSA therefore included the HGN as one of three components within the Standardized Field Sobriety Test for use by police officers in deciding whether to arrest a driver under suspicion of driving while intoxicated (DWI) or driving under the influence (DUI).  NHTSA research claims that, if the police officer finds at least four of the six clues of the HGN test have been satisfied, there is an 88% likelihood that the suspect has a blood alcohol content of 0.08 or greater.  This is currently the legal limit in D.C. for DWI.

I have already discussed flaws in the research and potential problems with administering the test under less than ideal conditions, so I won’t go back over those here. The point of this entry is to highlight the numerous other potential causes of physiological nystagmus in the eyes of a possible suspect.  According to the Maryland Court of Appeals in Maryland v. Blackwell, there are well over 30 potential causes of nystagmus.  A few of the potential causes, such as syphilis or the measles, are complicated and/or rare.  Other causes occur in a large percentage of non-intoxicated people.  Nystagmus can also be caused by, for example, tiredness, eye strain, caffeine, nicotine, tranquilizers, pain medication, antihistamines, and high blood pressure.  How many people do you know who wouldn’t qualify under one of those conditions?

← “. . . steeples, come to nothing, shape the sky”
Lessons from the Gilbert Arenas Cover-Up →